Producer Felix Vossen caught in Spain and extradited to Switzerland

The film producer wanted on fraud charges was arrested in Spain following a chase, according to media reports. 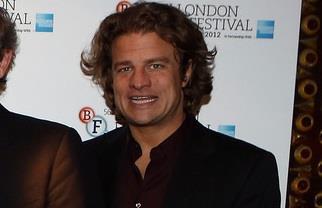 Reports have surfaced that runaway film producer Felix Vossen (I, Anna, The Sweeney), who is accused of committing a multi-million pound fraud against a group of investors, has been caught in Europe.

According to The Telegraph, Vossen was captured by a police patrol in Valencia, Spain, in February, before being extradited to Zurich where he faces fraud charges running into tens of millions of dollars.

Spanish officers conducting a routine patrol spotted Vossen “acting suspiciously” and, after a brief chase, the former financier-producer was apprehended and searched.

At Vossen’s apartment in Spain, the reports said police discovered numerous identity papers, as well as large sums of cash in different currencies, multiple lap-tops and mobile phones and hundreds of grams of a drug believed to be cocaine.

Vossen was last seen in March 2015. Reports then emerged that a group of investors were accusing Vossen of disappearing with a large amount of money.