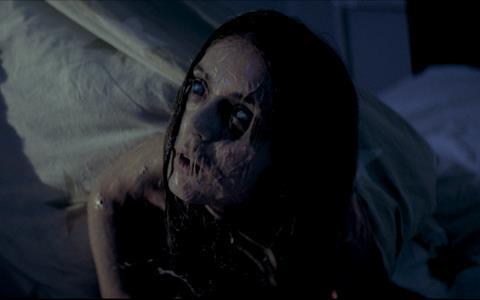 The film screened at Glasgow Film Festival earlier this year and centres on two sisters whose lives change dramatically when they are hypnotised by a mysterious vinyl album recorded in the 1970s that releases a ghostly doppelganger.

Black Circle (Svart Cirkel) stars Swedish exploitation icon Christina Lindberg, whose performance in the 1973 Swedish revenge film They Call Her One-Eye served as a reference for Quentin Tarantino when he wrote the Elle Driver character played by Daryl Hannah in the Kill Bill films.

“This was my opportunity to work with Christina Lindberg, who has been one of my favorite actresses for many years,” said Spanish-born, Mexico-based Bogliano.