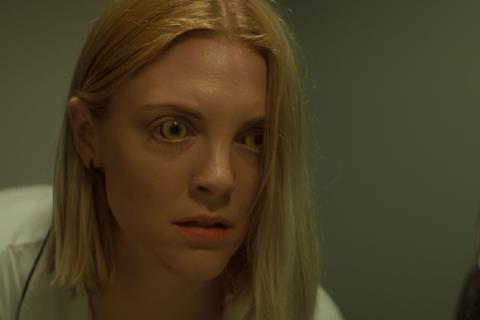 Lauren Beatty stars as a singer who relocates to a remote cabin to work on her sophomore album with a renowned music producer played by Greg Bryk. A

s her work progresses, she starts to transform into a powerful, bloodthirsty beast.

Raven Banner Releasing will distribute in theatres and on VoD on April 23 after Michael Paszt and Andrew Thomas Hunt negotiated the deal with Hill-Tout.