The refugee crisis, the departure of festival director Dimitri Eipides and the appointment of a new general director dominated the 18th Thessaloniki International Documentary Film Festival. 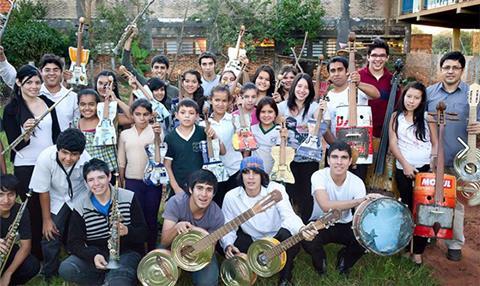 The Thessaloniki International Documentary Film Festival (March 11-20) will be largely remembered for three important events: the resignation of its director ahead of the festival, the refugee crisis dominating the programme and the appointment of a new general director.

This was the last year director Dimitri Eipides was at the helm of the event he founded 18 years ago. The executive had simultaneously held the post of general and artistic director of the March documentary event and the November Thessaloniki international film festival (TIFF) now in its 57th year.

The decision of the festival board to attribute the post of general director to French producer Elise Jalladeau, pending her confirmation by the Culture Ministry, was welcome by the local cinema community.

Previous to her nomination Jalladeau was holding the post of the Audiovisual attache at the French embassy in Athens where she organized the Athens Francophone Film Festival. She was also a member of the board of the Greek Film Centre and she has served on the jury of TIFF where she contributed to the French presence in the festival programme.

Her past experience in France includes that of producer (Charivari Films), co-ordinator of the Produire au Sud initiative and her collaboration with Memento Films and EAVE.

Operating out of Thessaloniki, among her immediate tasks will be that of the administrative reorganisation of the festival and securing its financial future.

The new artistic director is expected to be named before the Cannes Film Festival in May.

Eipides’ timely decision to dedicate a central part of the 190 film-strong programme to the refugee crisis proved to be one of the major assets of this year’s festival.

Both unfolded barely 24 hours after the Brussels EU summit meeting on the subject that resulted in more than 50,000 refugees trapped in Greece, 11,000 of them at the northern border post of Idomeni just an hour ride from Thessaloniki.

The 490 title-strong Doc Market, the Docs in Progress strand and the pitching section were attended by a score of international sales agents, programme commissioners and producers.

The Peter Wintonick Audience Award for a film over 45’ in the International Selection:

The Audience Award for a film under 45’ in the International Selection:

The Audience Award for a Greek film over 45’:

The Audience Award for a Greek film under 45’:

For a Greek film:

Whispers In The Sky by Maro Anastopoulou (Greece)

For an international film:

What He Did by Jonas Poher Rasmussen (Denmark)

To a film dealing with Human Rights issues:

This Is Exile: Diaries Of A Child Refugee by Mani Y. Benchelah (Lebanon, Switzerland, United Kingdom)

To a film in the Habitat section:

(Offered by the Hellenic Parliament)

To a film in the Recordings of Memory section:

The award is accompanied by a €15k award equivalent to services by the Greek post-production company 2|35 Inc.

To a project of the Pitching Forum for international co-production of the European Documentary Network (EDN). The award is accompanied by €3k and the transmission rights of the documentary by ERT.

The EDN Award is presented annually during Docs in Thessaloniki to an institution, group or person for outstanding contribution to the development of documentary culture. The 12th EDN Award is presented to Marianne Lévy-Leblond, head of web and transmedia productions within the web department at ARTE France.

She receives the award in recognition of her outstanding contribution to the development of the European documentary culture, with her work in the field of online and interactive documentary.