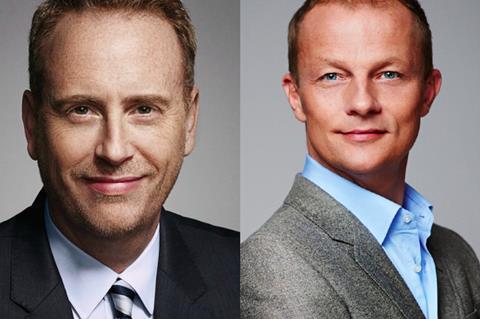 NBC Entertainment chairman Robert Greenblatt and NBCUniversal chairman of global distribution and international Kevin MacLellan have been announced as the keynote speakers at the Banff World Media Festival in Canada in June.

NBCU will be the ‘Company of Distinction’ at this year’s festival, which runs from June 10-13 at the Fairmont Banff Springs Hotel in Banff, Canada.

Banff festival executive director Jenn Kuzmyk said: “We’re delighted to welcome Bob and Kevin and such an extensive line-up of senior NBCUniversal executives to the festival to mark this year’s Company of Distinction honours.

“As some of the most influential television executives of the past decade, this group’s extensive knowledge of broadcast television and insight on key industry trends will no doubt inspire us in what are sure to be compelling and thought-provoking sessions.”