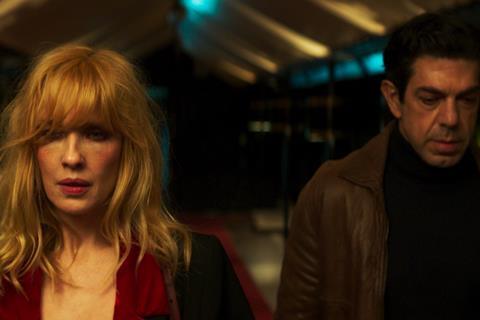 Vision Distribution, headed up by Italian sales veteran Catia Rossi, has announced its first significant deal for the 2021 Marche.

Square One Entertainment has acquired all rights for Germany and Austria to Promises, the new film by French author/filmmaker Amanda Sthers (Madame, Holy Lands) based on her novel of the same name.

Promises is an English-language romantic drama about an unfulfilled love affair between a man and a woman, played in the film by Pierfrancesco Favino (last year’s Venice best actor winner for Padrenostro) and UK actress Kelly Reilly (Britannia).

A French-Italian co-production between Italy’s Indiana Production, Iwaca and Vision, and France’s Barbary Films, the film shot in Rome, London and the Lazio coast in the spring. Vision’s distribution arm is releasing the film in Italy in October.