Kirill Serebrennikov to look abroad to finance his planned biopic on the composer Piotr Tchaikovsky following a heated debate about the composer’s sexuality. 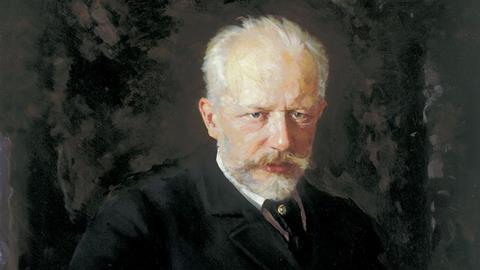 Russian director Kirill Serebrennikov is to look abroad to finance his planned biopic on the composer Piotr Tchaikovsky after he decided to forgo production funding of nearly $1m (30m RUB) – close to an eighth of the total budget of $7.6m (240m RUB) – which had been allocated by the Ministry of Culture following a heated public debate about the composer’s sexuality.

On his Facebook site, Serebrennikov, whose last film Betrayal competed in Venice in 2012, noted that a funding application to the Russian Cinema Fund (Fond Kino) had been turned down with the reason that “they didn’t see any audience potential.”

He suggested that this decision had been taken against the background of discussion in the media about “‘whether Piotr Ilich was gay or not’. ‘He wasn’t’, maintains the Minister of Culture and my co-author [Yuri Arabov]. ‘He was!’, the whole world replies to him in chorus. This interests everyone a lot. This agitates everyone a lot. Everybody reflects on why we love him – ‘for that or not for that’.”

Serebrennikov declared that the decision had been made with his producer Sabina Yeremeyeva to now look abroad for the fnance for the project which is planned to be released in 2015, the 175th anniversary of the composer’s birth.

He remarked that there was a “sad kind of irony” in the fact this film was not welcome in Russia because Tchaikovsky had led a poste restante kind of life in his latter years, spending more time in Europe and America than in Russia.

In an interview with Interfax this week, Minister of Culture Vladimir Medinsky reiterated his opposition to Serebrennikov’s intended portrayal of the composer.

Medinsky had also attracted the ire of the Russian film-making community with the decision to refuse government support for veteran director Alexander Mindadze’s new feature project, Second World War film Lieber Hans, Dorogoy Peter and propose that the setting of the story be moved to the early 1930s.

In the same Interfax interview, Medinsky countered claims of inappropriate interference by the government: “If the government invests money, it must understand what [it is investing in].

“We do not interfere in the repertoire policy of the theatres, but if we start seeing that what is happening on stage doesn’t correspond with the interests of the government, there is only one way out – replace the director. That also applies to cinema.

“If the government is giving money for a film, it must have the right to influence the content of this picture. We will not pay for films which spit on our nation or country.”

Ahead of Serebrennikov’s announcement to look abroad to finance his Tchaikovsky biopic, there had been reports at the end of August in the Russian and international press suggesting that the production would downplay the composer’s sexuality so as not to fall foul of the recent law passed in Russia banning the “propaganda of non-traditional sexual relations”.

The film’s screenwriter Arabov, who is clearly at odds with the director and producer, denied in an interview with Izvestiya that Tchaikovsky was gay and said that he reworked his portrayal to show “a person without a family who has been stuck with the opinion that he supposedly loves men” and who suffered over these “rumours”.

This week also saw the Swiss director Milo Rau being denied a visa to travel to Moscow for final talks about the documentary The Moscow Trials, which is based on the eponymous play he staged in the Sakharov Centre in March of this year.

The Moscow Trials – a reenactment of show trials against artists and opposition figures including Pussy Riot – had been interrupted for several hours by the Russian Migration Service on suspicion of a violation of visa regulations, but the case was quickly revealed as being untenable.

Speaking about the denial of a visa for Rau, the Russian philosopher and regime critic Michail Ryklin, who appeared as a witness for the defence in the Trials, commented: “That is Putin’s strategy. The obvious political motive is not being named, but a violation of visa regulation is being constructed.”

Moreover, the film’s producer Arne Birkenstock of Fruitmarket Kultur & Medien pointed that the efforts by the official authorities to hinder work on the film is “proof for the topicality of a film project which runs counter to Russia’s official cultural policy.What is surprising about this is really just the evident fear and miserable PR strategy of the rulers in the Kremlin.”

“The visa denial for Milo Rau is illegal, and all of our enquiries about this have so far remained unanswered.”

The Moscow Trials is currently being edited in Cologne by Lena Rem and will be ready by the end of the year to be premiered at festivals in early 2014.