Russia's Arthouse goes to 'War On Everyone' 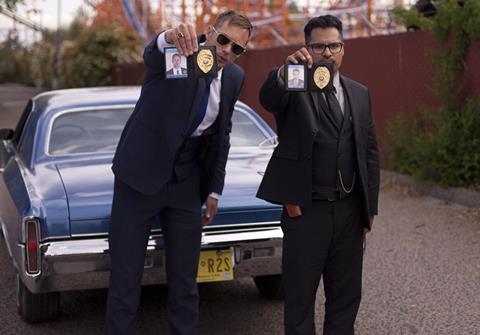 Arthouse, the leading Russian distributor of foreign and independent films that was fully acquired by US firm Lorem Ipsum Corp earlier this year, has picked up a hat-trick of titles.

The Freeheld acquisition follows pick-ups of LGBT title Pride and Oscar-nominated lesbian drama Carol, which Arthouse is set to release on March 10 despite Russia’s apparent laws against “gay propaganda”.

War on Everyone debuted at Berlin and Arthouse MD Evgeny Pivovarov said: “We’re happy to get one of the funniest and stylish action comedies of the season in our line up. War On Everyone made the whole screening room laugh to tears at the world premiere at Berlinale and John Michael McDonagh proves once again that he is the true master of the genre.

“The Legend of Barney Thompson will be a nice piece of our slate for this year and will please black comedy lovers across CIS. Robert Carlyle first time directing experiment proves to be a successful one and the harsh Scottish humor makes you enjoy this high quality stylish piece of cinema art.”