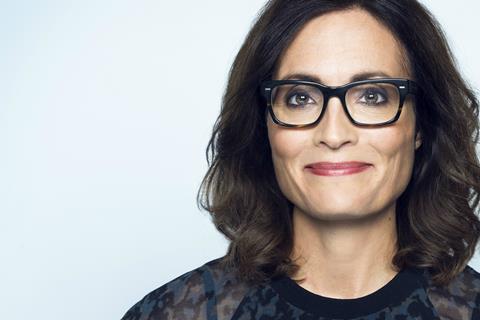 After helping lead cable network TNT’s push into high-end drama series over the past three years, Sarah Aubrey has been named head of original content for the WarnerMedia streaming service due to launch later this year.

Aubrey will oversee all original series and feature films for the new service, collaborating with counterparts at Turner, HBO and Warner Bros. She reports to Kevin Reilly, who was named chief creative officer for Turner and WarnerMedia Direct-to-Consumer earlier this year. Reilly, who recruited Aubrey for her previous job, is also president of TBS and TNT.

In a company memo, Reilly said Aubrey’s “stellar evolution of the TNT brand as well as her reputation as a talent-friendly executive with great taste and finesse underscores the values we’ll prioritise on this new platform.”

At TNT, where she was executive vice-president of original programming, Aubrey fostered series including Animal Kingdom and The Alienist. She will continue to oversee TNT dramas – which currently include I Am The Night, the in-production Snowpiercer adaptation, and Ridley Scott’s upcoming series Raised By Wolves – until the launch of the new streaming platform.

Before joining TNT, Aubrey was partnered with Peter Berg at Film 44, producer of the Friday Night Lights broadcast series and HBO’s The Leftovers.

In conjunction with Aubrey’s move, Brett Weitz is being promoted to general manager of TBS and TNT, reporting to Reilly and overseeing all scripted and unscripted programming for the cable networks.