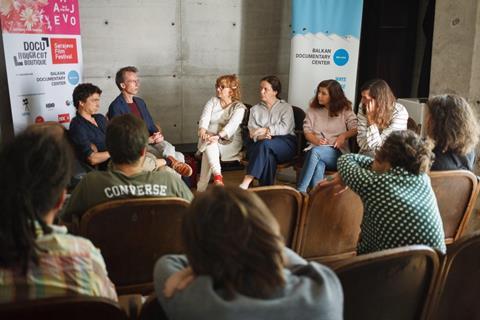 Docu Rough Cut Boutique, the initiative organised by Sarajevo Film Festival in collaboration with the Balkan Documentary Centre, has selected the five projects this year’s workshop.

The boutique is expanding from last year, running for the first time across three modules. The first workshop was held in Budapest at the end of March, the second was programmed for June in Sofia, and at Sarajevo Film Festival there will be the closing session where the projects will be presented to a group of decision-makers.

From the last edition of Docu Rough Cut Boutique, Siniša Gacić’s Daughter Of Camorra is to return to Sarajevo this year‘s documentary competition, while The Magic Life Of V by Bulgarian director Tonislav Hristov was screened at Sundance.

This year’s Sarajevo Film Festival runs from August 16 to 23, opening with Ines Tanović’s The Son.