Previous funding has been awarded to productions including T2: Trainspotting and In Plain Sight. 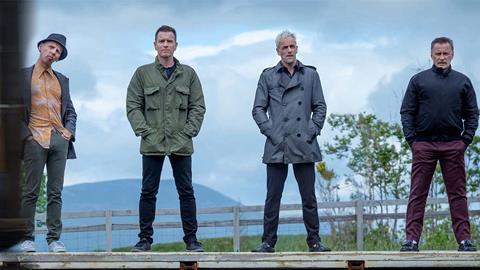 The Scottish government and Creative Scotland will bolster Scottish film and TV production by injecting an extra £1.25m into the country’s Production Growth Fund.

It takes the total sum allocated to the Production Growth Fund, which was set up in 2015, to £3m.

Some of the projects that have filmed in Scotland with the help of the fund are: Etruscan Smile, T2: Trainspotting, Churchill, Hush and Calibre, and TV dramas Loch Ness and In Plain Sight.

Scottish culture secretary Fiona Hyslop said: “Scotland’s exceptionally talented screen sector has proven time and time again it has the skills to deliver world-class films, and our scenery has provided a breathtaking backdrop to many a Hollywood blockbuster. Productions spent a record £52.7 million in 2015 – almost £7m higher than the previous year and more than double the £23 million spent in 2007.”

Creative Scotland has also released information of which projects have received funding so far in 2016-2017.