Delivery of the key studio operation expected by late 2018. 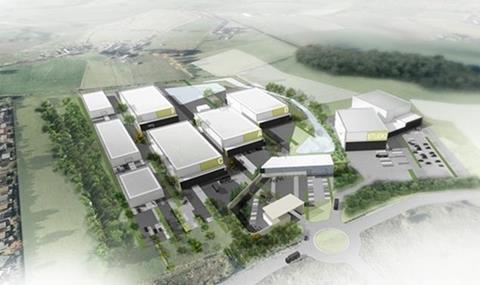 Scotland will get its first purpose-built film and TV studio after the Scottish government approved, in principle, plans for a £250m development on the outskirts of Edinburgh.

Proposals for six sound stages on the 96-acre site at Straiton in Midlothian were “called in” by the Scottish government in December 2015 after Midlothian Council failed to make a ruling on the application.

Ministers on Monday night overturned a recommendation from a government reporter to throw out the scheme on environmental grounds and instead granted “planning permission in principle” for the Pentland Studios.

They cited the benefits that the studio complex will bring to Scotland, which could include thousands of new jobs and the ability to attract feature films and high-end TV drama production.

“While it is accepted that the proposal is not in accordance with the development plan overall, it is considered that the anticipated significant socio-economic benefits of this specialist mixed use proposal, on a local and national scale outweigh any potential negative consequences to the development plan including loss of greenbelt, localised impacts on amenity and uncertainty around cumulative road and traffic impacts”.

PSL Land, the project’s developer, said it would be “moving forward immediately” with the application for detailed planning permission for the project which also includes a training academy and an energy centre.

“Working together with Midlothian Council, PSL hope this next stage will be expedited accordingly, recovering the construction scheduling that will enable delivery of the key Studio operation by late 2018.

“It is anticipated that a detailed schedule to progress the planning application will be agreed with Midlothian Council in the next few weeks, producing a phased timeframe with the Studio, Academy and Energy Centre as the first buildings to be progressed to full planning consent.”

An external 45,000 sq ft water-stage, two back lots of almost 30 acres and 55,000 sq ft of workshop space will also feature along with a 50,000 sq ft reception building, a data centre and satellite up-link facilities.

A spokesperson for the Association of Film and TV Practitioners Scotland (AFTPS) told The Scotsman newspaper that “Scotland has been falling behind other parts of the UK as other places build infrastructure. This [decision] will reverse that trend.”

Plans for the privately funded Pentland Studios project were first submitted in May 2015.