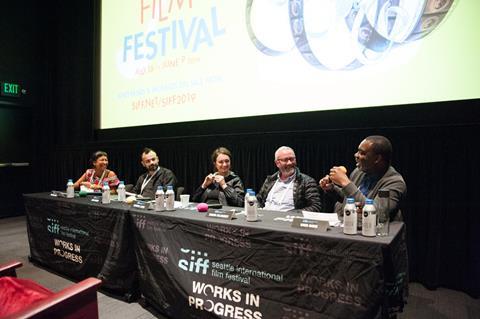 The six industry mentors will combine with a select SIFF audience to watch projects in the final stages of editing and provide feedback.

The selected filmmakers are directors Lisa Leeman with Walk By Me aka Trans*formed, (USA, documentary) and Kaltrina Krasniqi, with Vera Dreams Of The Sea (Kosovo, narrative).

The forum will start at 9am PT and runs on the virtual SIFF Channel.