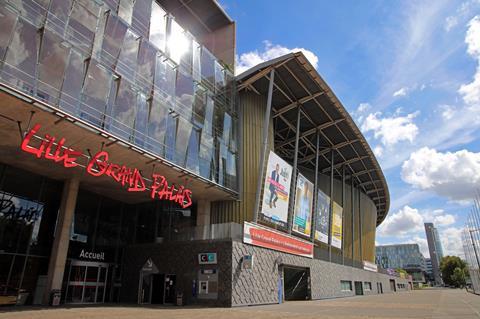 French TV festival and industry event Series Mania, which takes place in the northern French city of Lille, has announced 2021 dates of March 19 to 27 for its festival component and March 23 to 27 for its industry-focused Series Mania Forum event.

This year’s physical edition was cancelled just 10 days ahead of its scheduled March 20 to 28 slot due to the Covid-19 pandemic, and was replaced with an industry-focused online event, bannered Series Mania Digital.

Series Mania founder and general manager Laurence Herszberg revealed the event would now launch three new initiatives, which had grown out of its experiences during the Covid-19 pandemic.

“We have seen a major evolution in the audiovisual fiction landscape,” said Herszberg.

“First, is the significant increase in the volume of series. Second, is the emergence of new working methods resulting from the Covid-19 pandemic which have both reinforced festivals as essential events and ‘rendezvous’, but also confirmed the importance of online tools. Finally, is the need expressed by the audiovisual sector to bring forward new voices, new talent and new projects.”

Under the Series Mania Label initiative, the programming team, which watches hundreds of new international series every year, will offer recommendations to the public which will be promoted on its own platform and through physical premiere screenings in Lille throughout the year.

Under the expansion of Series Mania Digital, the platform will go live year-round as of September to help the development of series, support talent development and act as networking tool. In its initial guise, it went live for a limited period in March and April.

The new Series Mania Institute will build on the work the event has done on talent development in the past, especially in the domain of scriptwriting, with initiatives such as UGC Writers Campus, SeriesLab (a TorinoFilmLab initiative), and the Israel-France Co-Writing Residency (initiated by the CNC and Gesher Multicultural Film Fund).

It will be based in Lille and run in partnership with France’s prestigious La Fémis film school and the Hauts-de-France Region. It will begin offering courses from the beginning of 2021.

“We are pleased to contribute to the development of a European-ambitioned initiative in the area of series professionals”, says Nathalie Coste-Cerdan, managing director of La Fémis. “The Series Mania Institute is in line with what we think is needed for specific teaching on the serial genre and for European professionals to share their know-how.”

Series Mania, was originally created in 2010 by Herszberg and artistic director Frederic Lavigne, under the auspices of the Forum des Images cultural centre in Paris.  It moved to Lille in 2018 under a government-backed scheme to create a TV festival and industry event on a par with the Cannes Film Festival.

Its festival component welcomed some 72,000 spectators in 2019. Its industry-focused Series Mania Forum has helped foster hundreds of TV series projects over the past decade.

Another key pole of the industry programme is the Lille Dialogues, which have welcomed speakers such as Netflix CEO Reed Hastings and its chief content officer Ted Sarandos as well as Endemol Shine Group CEO Sophie Turner Laing.