Simon Pegg, J.K. Simmons to star in comedy heist 'My Only Sunshine' 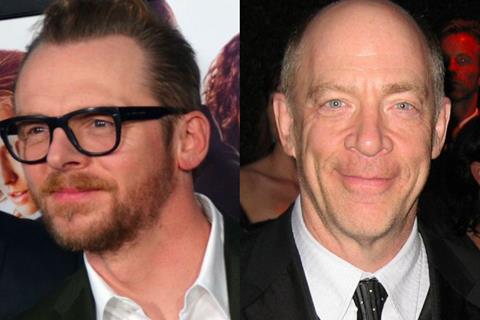 XYZ Films has added an appealing sales title to the Toronto market and will launch worldwide pre-sales next week on the comedy heist thriller My Only Sunshine starring Simon Pegg and J.K. Simmons.

The story centres on a dysfunctional couple who orchestrate a bank robbery as an unconventional act of marriage counselling. Mark Palansky (Penelope, Rememory) will commence directing later this year from a screenplay by J.T. Petty and K. Reed Petty. Another key character is a tenacious police officer.

Mendelsohn said, “Such a gifted director and a cast of talented actors to lead this creative endeavor. This original, riveting, and hilarious storyline will captivate audiences.”