Six talking points for the UK film industry in 2020 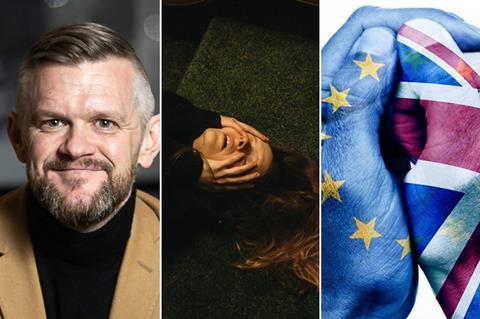 A new era at the British Film Institute

Confirmation of Ben Roberts, deputy CEO of the BFI and long-time director of the Film Fund, as the BFI’s new head has been cheered both inside the organisation and throughout the UK industry. Roberts is extremely well-liked and respected and was always seen as the frontrunner and continuity candidate to take over from the esteemed Amanda Nevill, the first female executive to lead the BFI. Nevill joined the BFI in 2003 and her productive tenure saw the organisation awarded an expanded remit as the UK’s National Lottery distributor for film in 2012, the introduction of the influential Diversity Standards and the creation of BFI2022, the five-year strategy to boost the UK film industry.

However, Roberts is understood to have ambitious plans for taking the organisation into the next decade and his leadership, which begins in mid-February, will undoubtedly mark a new era. High on his to-do list will be appointing a new head of the Film Fund. The BFI is a registered charity and steers a delicate course between government and industry. Roberts was appointed by BFI chairperson Josh Berger, president and managing director of Warner Bros Entertainment, UK, Ireland and Spain, whose four-year tenure was recently extended. Berger chairs a (presently) nearly all-male board, apart from former Sony Pictures executive Andrea Wong and Clearbrook Capital Partners’ Robin Saunders.

As soon as the Bafta nominations were announced on January 7, 2020, the hashtag #baftasowhite began trending on social media, accompanied by the now-familiar conversation around the lack of nominated female directors and beloved local titles entirely missing in action (Joanna Hogg’s The Souvenir, Rapman’s Blue Story and Armando Inanucci’s The Personal History of David Copperfield to name just three).

These were not the headlines Bafta wanted. The organisation would have much preferred to talk about its efforts to ensure this year’s ceremony is carbon neutral, new host Graham Norton, the inaugural casting award and its year-round efforts to support diversity in the UK industry. CEO Amanda Berry called the all-white acting line-up “disappointing” and Emma Baehr, director of awards and membership, said the absence of female directors and female narratives on screen was an industry-wide issue.

But many in the industry disagree and suggest the problem lies with Bafta’s voting body (for which gender and ethnic statistics are not available) and the way Bafta voting is conducted. How many of the 6,700 voting members have time to watch all of the 80-plus DVDs sent to them at the busiest time of year? Who can blame them for focusing on the most well-known titles to watch first - and perhaps solely? Is introducing independent juries for all the categories a possible answer? This conversation isn’t going away. It’s getting louder and Bafta is going to have to address it.

UK distribution in 2020 is hugely polarised. A handful of studio blockbusters dominate box office charts leaving smaller, independent distributors to fight for the crumbs. A three tier system remains with the majors at the top, the bigger indies (Entertainment One, Lionsgate, STX and Studiocanal) in the middle and a third tier led by dynamic, well run companies including Altitude, the newly Cohen Group-owned Curzon, Picturehouse and Vertigo.

The struggles for the smaller players are well chronicled. They are faced with the highest rental rates in Europe, they have had to pay VPFs (thankfully now coming to an end) and are charged as much by the BBFC for the certification of their films as their studio counterparts. They have to adhere to strict windows rules and face ferocious competition from the streamers. Companies such as Metrodome, Icon, The Works and, further back in time, Revolver and Tartan, have all gone under. Others like Thunderbird Releasing continue to struggle today with that company understood to be moving to digital distribution only.

The positive note is the number of new entrants to the marketplace (Republic Film Distribution, Blue Finch Releasing, Parkland Pictures, Modern Films and Anti-Worlds Releasing among them) who have business models tailored to a brave new world in which digital and theatrical releasing march hand in hand.

How much will the exchange rate impact the inward investment sector?

The day after the 2019 UK election, Friday December 13, saw a sharp rise in the UK pound, highlighting an issue that could have a significant impact on the UK’s booming inward investment film and TV industry. The global financial markets were thrilled by the comfortable majority by which Boris Johnson’s Conservative party had won the election, believing it signalled more settled political times ahead.

There is no guarantee the spike in sterling will be sustained throughout 2020. Even with Johnson’s majority, Brexit is likely to prove a protracted and chaotic process (see below). However, the weak pound has been one of the key factors (along with factors including the UK film tax relief, the excellence of the local technicians, and the shared English language) in driving the biggest sustained boom in film and TV production in history.

This boom should continue. Despite huge amounts of investment in studio facilities all across the UK, studio space is at a premium. For the next 10 years, Netflix is in residence at Shepperton and Disney at Pinewood, while Warner Bros owns Leavesden and Sky has plans for Elstree. These are long term arrangements which should not be affected by a short term rise in the pound. However, if sterling does continue to strengthen in 2020, the relentless growth in UK film and TV production and VFX facilities is bound to slow a little.

Female directors in the genre space

Rose Glass wowed Toronto 2019 audiences with her debut feature Saint Maud, a psychological horror starring Morfydd Clark as a live-in nurse who believes she is on a mission from God. Glass went on to win the prestigious IWC Schaffhausen Filmmaker Bursary award, in association with the BFI, worth £50,000. Studiocanal is releasing the film in the UK in May, while A24 has US rights.

This year, look out for two more exciting debuts: Prano Bailey-Bond’s Censor, based around a 1980s video nasty and starring Niamh Algar; and Corinna Faith’s The Power, starring Rose Williams as a night nurse in a decaying London hospital.

Glass, Clark, Bailey-Bond, Algar and Williams are all Screen Stars of Tomorrow, while Faith’s screenplay for The Power was named on the 2018 Brit List.

What impact will Brexit have?

Following three years of political deadlock, the December election result means the details of Brexit will likely come into greater focus in 2020.

In the short term, not much will change for the screen sectors. Newly bolstered prime minister Boris Johnson managed to comfortably pass the Withdrawal Agreement through the UK Parliament just before Christmas, meaning a ‘no deal’ exit is almost certainly avoided (for now), with freedom of movement remaining the same until the end of the transition period. The agreement also ensures UK projects will still be able to apply for funding from the current Creative Europe programme until it ends in December 2020.

The big question now is what happens after the transition period. As per the BFI, it is unclear if the UK will continue to have access to EU funding after 2020. An even bigger concern is the “Australian-style” points-based immigration system which the new government may bring in, which could severely restrict the flow of temporary talent from Europe to the UK and vice versa. More months - possibly even years - of Brexit uncertainty will follow as the details are hammered out.