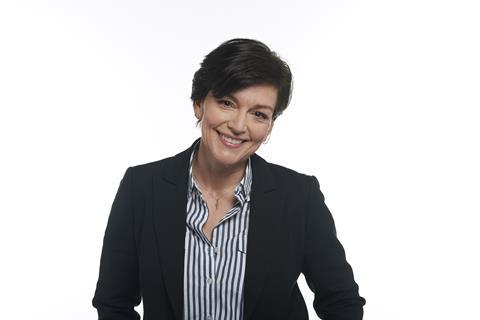 Sky Studios chief content officer Jane Millichip is stepping down from her position after almost a decade at the pay-TV giant.

Millichip is exiting to “seek new challenges” according to an internal note from Sky Studios chief executive Cécile Frot-Coutaz, seen by Broadcast. She will depart in April.

Millichip has been at Sky for nine years, having joined to run then production-distribution arm Sky Vision in 2013. Under her leadership, Sky Vision’s revenue grew from £8m revenues to £250m in six years and her investment in production companies and content distribution catalysed Sky’s move into in-house production.

Following Comcast’s acquisition of Sky in 2019, after which Sky Vision was subsumed into NBCUniversal Global Distribution, Millichip became chief financial officer role at newly-minted Sky Studios in June 2019. She was appointed Sky Studios’ UK chief content officer in July 2020, before being handed an expanded European brief in March.

In a memo to staff, Millichip described the decision as “agonising”.

“In the nine years I have been at Sky we have evolved from a company principally known for its acquired content to a centre of excellence for originals. And we have built a commercial model that means the Sky Original brand is seen throughout the world.

“I’d like to thank Cécile for her support and collaboration. I know she has a great plan for Sky Studios, and for you all. You have my full support and commitment in my remaining three months here.”

Frot-Coutaz added: “I would like to thank Jane for everything she has contributed to Sky and the support she has provided me in my first few months at Sky Studios.

“Having been in role for five months, I have also taken the opportunity to review how we are organised and how we operate. With immediate effect, we are putting in place a number of changes to enable us to better deliver on our significant ambition in original content.

“Given the interdependencies of our operations, commercial and business affairs teams, bringing them together under a single leadership structure will allow us to move quicker, streamline decision making and foster greater collaboration.”