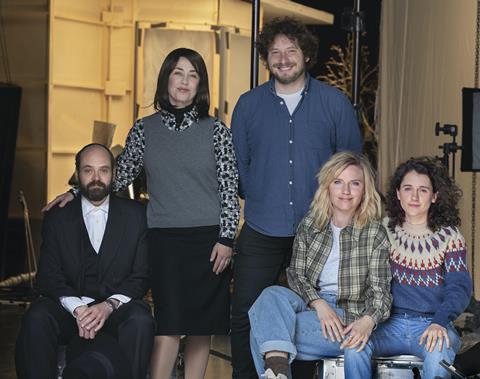 TrustNordisk has boarded sales for Gabriel Bier Gislason’s English and Danish-language Attachment (working title), his debut feature film which will shoot this spring in both Copenhagen and London.

The Killing’s Sofie Gråbøl has signed to star with Josephine Park, Ellie Kendrick, and David Dencik.

The up-and-coming writer/director is the son of director Susanne Bier and editor Tómas Gislason. The film mixes romance, horror and comedy in a love story that is also inspired by Jewish folklore. Maja, a Danish has-been actress, falls in love with Leah, a young, Jewish academic from London. Leah suffers a mysterious seizure, and Maja returns with her to London. There, she meets Leah’s mother, Chana, an overbearing woman who could hold dark secrets.

Thomas Heinesen produces for Nordisk Film Production, with support from The Danish Film Institute’s New Danish Screen initiative. Nordisk will release in Scandinavia, with a planned launch in spring 2022.

Bier Gislason, who has an MFA from New York University, previously directed short films including Purple Haze and Samuel’s Getting Hitched, and he is currently developing two Danish TV series, one with Nordisk and one with Zentropa.