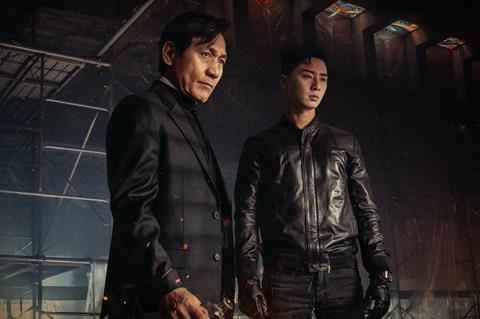 Park stars as a champion fighter who enlists the help of a local priest when mysterious wounds appear in the palms of his hands. Soon the warrior finds himself in the middle of a battle with supernatural forces seeking to wreak havoc on the world.

“The Divine Fury is a classic story of good versus evil but the blend of hard-hitting action and dark fantasy turns this classic story into a new kind of cinematic adventure,” said Well Go USA president Doris Pfardrescher. “This film is dynamic and innovative and is sure to keep audiences asking for more.”

Well Go USA plans to release the film in theaters on August 16, followed by digital and home video release later in the year. Pfardrescher brokered the deal with worldwide sales agent Lotte Entertainment.