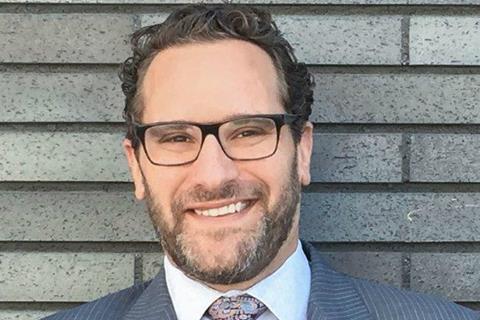 Spencer Klein has joined Netflix where he will serve as director of distribution heading into an awards season that includes the streamer’s potentially heavyweight contender The Irishman from Martin Scorsese.

Klein will report to head of Netflix film Scott Stuber and will oversee the streaming giant’s theatrical distribution and plan film release strategies.

He arrives following the sudden death in January of Andy Gruenberg, who oversaw the theatrical plan for best international film Oscar winner Roma. Even though Netflix releases roughly 30 films a year theatrically – campaigns range from one or two theatres or markets and release patterns of several days, to wider and longer campaigns a la Roma – it is understood the move is designed to bring oversight of Netflix’s theatrical plans in-house. Insiders said it does not indicate (at this stage at least) a shift into a more traditional theatrical distribution paradigm to accompany streaming launches.

Former Lionsgate theatrical distribution executive Lori Bandazian and former Warner Bros US distribution chief Dan Fellman have both been consulting for Netflix, and continue to do so.

Klein most recently served as executive vice-president, general sales manager, at Fox, where he was in charge of all releases for the US and Canada.

Klein began his film industry career at New Line in New York, and moved into exhibition as a film buyer at Loews Cineplex Entertainment before he moved back to distribution as general sales manager at The Weinstein Company.

In 2008, Klein returned to exhibition when he formed The Film Group and took the title of chief film officer. He represented the film buying teams for Rave and Bow Tie Cinemas in Dallas, Texas, and relocated to Los Angeles to work at Fox.