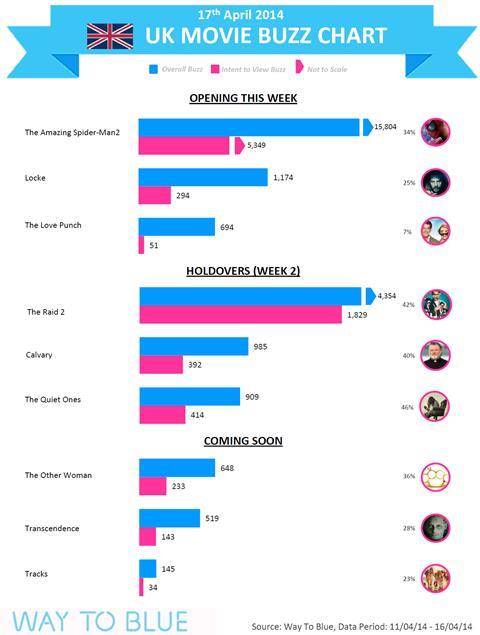 The Amazing Spider-Man 2 is set to swing into top spot this weekend at the UK box office, according to Way To Blue’s UK buzz chart.

Sony’s superhero sequel opened yesterday [April 16] and has generated the most overall buzz and 34% intent-to-view buzz.

Of last week’s new openers, eOne’s The Raid 2 is the buzziest holdover, ahead of stablemate Calvary and Lionsgate’s The Quiet Ones, although the latter had the strongest intent-to-view percentage at 46%.

Currently, upcoming releases aren’t generating too much buzz, with Fox’s The Other Woman sneaking ahead of Entertainment’s Transcendence (which previews this weekend) in overall buzz and intent-to-view buzz.