EXCLUSIVE: Film shot on location at Bestival in UK. 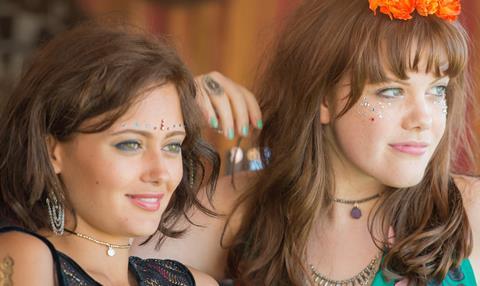 The film is directed by Bryn Higgins from a script by Oliver Veysey, who produced alongside Bill Curbishley.

Starring former Screen Star of Tomorrow Ella Purnell (Miss Peregrine’s Home For Peculiar Children), Georgie Henley (The Chronicles Of Narnia), Edward Bluemel (The Halcyon) and Jordan Stephens (Alleycats), the story follows a gang of teens who run from their dysfunctional parents to an island festival to lose themselves in the crowd.

The film shot on location at UK musical festival Bestival in 2015. The soundtrack includes Faithless, Tame Impala and Future Islands, as well as capturing live performances from The Who and Underworld.

It is now in the final stages of post-production and Spotlight is debuting the title to buyers at this week’s European Film Market in Berlin.

Spotlight CEO Matt McCombs commented: “We are thrilled to be teaming up with Camden Film Company to bring this truly exceptional and brilliantly original film to a worldwide audience. Bryn, Bill and Oliver have done a remarkable job in perfectly capturing the music festival-driven rituals of youth”.