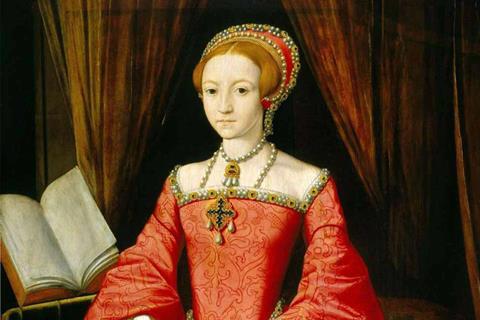 US cable and streaming company Starz has given a green light to Becoming Elizabeth, a drama series about the young Elizabeth I created by British playwright Anya Reiss and produced by London-based The Forge.

Reiss will be lead writer on the eight-episode series – telling the story of Elizabeth Tudor before she came to the throne – and work with an all-female writing team including Emily Ballou, Anna Jordan and Suhayla El-Bushra.

The Forge is known for series including Kiri and Ackley Bridge, both for Channel 4, and Collateral and Dark Money for the BBC. The company is currently in production on David Hare’s political thriller for the BBC, Roadkill.

Starz has previously had success with UK-produced historical series The Spanish Princess, The White Princess and The White Queen, all adapted from the novels of Philippa Gregory by Playground Entertainment.

Starz CEO Jeffrey Hirsch commented: “The world of Becoming Elizabeth is visceral and dangerous – judgements are rendered quickly and no one is safe. This series explores the Tudor reign and young Elizabeth, who would become England’s ‘Gloriana’ and one of history’s most dynamic figures, through a new lens which we think viewers will find highly engaging.”

Ormond added: “This is Elizabeth as you’ve never seen her before, a teenager finding her way in a treacherous world, and in Anya’s hands she’s a truly electrifying character. Starz immediately embraced the ambition and vision of the series and we’re thrilled to be collaborating with them on it.”

Reiss, known for plays including Spur Of The Moment and her TV writing on EastEnders, said: “Drama seems to skip straight from Henry VIII’s turnstile of wives to an adult white faced Gloriana. Missing out boy kings, religious fanatics, secret affairs and a young orphaned teenager trying to save herself from the vicious scramble to the top. I should have found it hard to relate to 500-year-old royalty but Elizabeth lived in dangerous, polarising times and often made terrible hormone-fuelled decisions. I’ve found writing her story a thrilling experience.”