The Sundance Institute and Women In Film Los Angeles have unveiled a three-year study on the careers of female directors. 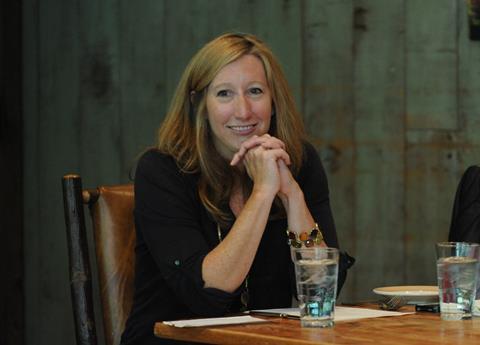 Although research has found that men and women are equally likely to receive distribution out of Sundance’s US Dramatic Competition, this statistic is not reflected in the overall perception of female directors and their opportunities in the industry.

In Phase III of the Female Filmmakers Initiative, quantitative research was done to document the content, distribution and exhibition of films at Sundance in the last 13 years. Interviews with buyers, sellers and female directors were also conducted in order to gather qualitative evidence to explain the findings found in the quantitative research.

Researchers found that from 2002-2014, female directors comprised of 25.5% of total directors in the US Dramatic competition. Gender played a significant role in the genre of film exhibited in this competition with women being much more concentrated in drama, comedy and/or romance genres than men.

The research also found that the prevalence of females decreases considerably when moving from independent to mainstream film, supported by the fact that of the 1,300 top-grossing films over the past 13 years, only 4.1% of these films’ directors were female.

Reasons for this can be explained in the findings of interviews with 59 buyers and sellers as well as 41 female directors. Researchers concluded that the impediments standing in the way of female directors include: perception of a gendered marketplace, scarcity of talent pool and experience, women’s perceived lack of ambition, industry gender imbalance, little support, few opportunities and competence doubted.

The barrier believed to be most pertinent among the buyers and sellers interviewed is that female directors are perceived to make films for a less significant portion of the marketplace, whereas men are regarded as directing films that are more lucrative to larger audiences on the market. This can be explained by the industry’s tendency to describe the job of a director or successful film content in masculine terms.

Participants in these interviews also mentioned or questioned how interested or ambitious women were in either the directing position in general or genre-based jobs, when in fact, nearly half of the female directors interviews conveyed an interest in larger-budget, action of blockbuster films.

In addition to the perceived lack of ambition in female directors, the interviews also showed that there is a level of challenged competence as well. Seventy percent of the women filmmakers interviewed revealed that they had been challenged by a work colleague.

Overall, the study showed that there is a shortage of women directors working in the industry’s highest jobs, enforced by the image many industry leaders hold in regards to them as well. It said that in order to pave greater opportunities for female directors, the industry must begin to combat these stereotypes by altering their perceptions about a woman’s goals for her career and her capabilities to fulfill these dreams.

“Having completed this three-year study, we have accomplished a thorough analysis of this issue and now know that female filmmakers face deep-rooted presumptions from the film industry about their creative qualifications, sensibilities, tendencies and ambitions,” said Cathy Schulman, president of Women In Film Los Angeles. “Now we need to move a heavy boat through deep waters, and WIF is committed to year-round action until sustainable gender parity is achieved.”

“With three years of research to build upon, we’re at a watershed moment of awareness regarding gender inequality, and these new findings help pinpoint where and why female filmmakers fall out of the industry’s pipeline,” said Sundance Institute executive director Keri Putnam (pictured).

“Diversity in media is critically important to the health of our culture because it is through media that we understand ourselves and each other. We can’t make systemic shifts without allies in all corners of the industry.”

“Female directors face a steep fiscal cliff as they attempt to move from independent to more commercial filmmaking,” said Dr Stacy L Smith, the principal investigator and director of the Media, Diversity, & Social Change Initiative. “Across 1,300 top films from 2002 to 2014, the ratio of male to female directors was just over 23 to 1.”

“In this report, we identify the barriers that help explain this gender disparity. After three years of research, the question can progress from ‘why are female directors missing behind the camera in top films?’ to ‘what can be done to create change?’”

The study was conducted by Smith, Katherine Peiper, PhD and Marc Choueiti at USC’s Annenberg School For Communication And Journalism.