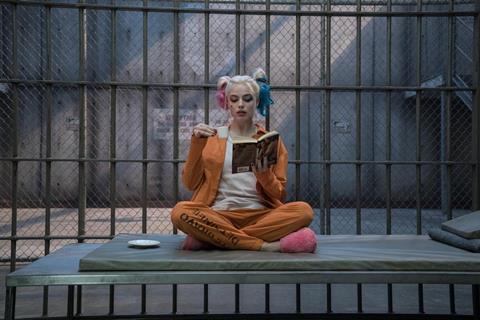 Suicide Squad comfortably saw off all new releases to lead an unchanged top four at the UK box office for the second straight week.

By comparison, 2016’s other superhero outings Captain America: Civil War, Batman v Superman and Deadpool fell by 67%, 68% and 59%, respectively, although they all opened bigger than Suicide Squad.

David Brent: Life On The Road will likely prove to be the stiffest competition for Suicide Squad this weekend as it seeks a UK hat-trick. However, it will still hope to hold well in order to join the £30m club in the coming weeks.

With new releases struggling to make an impact, Finding Dory recorded an impressive drop of only 35% with a $3.3m (£2.56m) third weekend.

Since its release, Finding Dory has increased sites each week from 592 sites at opening to 628 last week and now 643 sites, a rare climb for a saturation release.

That’s significantly down on recent live-action Disney adaptations, although the original film is less well-known. Pete’s Dragon will hope to take flight over the remaining weeks of the school holidays as a result of its critical acclaim.

This week’s highest new release came in the form of Mike And Dave Need Wedding Dates as it rounded off the top five.

Lionsgate’s technological thriller recorded a sturdy site average of $2,789 (£2,159), and will hope its smart online campaign can help the film make an impact in an increasingly busy marketplace.

With a site expansion set for Friday [Aug 19], Soda Pictures’ Ingrid Bergman: In Her Own Words recorded a $5,100 (£3,960) UK debut from its two site release at the BFI Southbank and IFI Dublin.

Kaleidoscope’s Asterix And Obelix - Mansion Of The Gods receives a wide release, while Metrodome’s The Childhood Of A Leader, Vertigo Releasing’s Black and Studiocanal’s Tickled are among the films receiving a limited release.