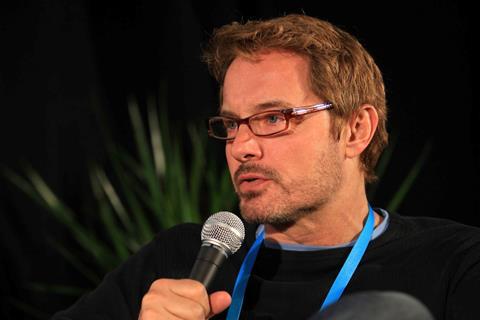 Making the announcement on Tuesday (May 26), Sundance Film Festival director of programming Kim Yutani noted Courier had worked at Sundance for “20 impactful years” and had brought documentary programming in particular “to new heights”.

Courier said, ”Programming, especially the discovery of new, exciting voices in film, has been my passion for 20 years and I’m now looking forward to concentrating on a personal project in the works that we hope to be able to announce soon.”

He presided over public programming for all Sundance Institute programmes since 2010 and took the role of lead programmer at Sundance Film Festival: London since its inception in 2012.

He has also been writer, director and producer of the Sundance Awards Show for the past 13 years, and is a former co-director of programming at Los Angeles LGBTQ Film Festival Outfest.

Yutani added, ”David’s incredible generosity and fierce support of artists will remain imprinted on our work at Sundance..” Her note appears below:

It is with sadness that we announce that David Courier is retiring after 20 impactful years at Sundance. It’s impossible to acknowledge all of his contributions during his time at Sundance, but first and foremost, his talent, professionalism, and leadership have brought Sundance programming–particularly our documentary programming–to new heights.

David has been the lead programmer of Sundance Film Festival: London since its inception in 2012, and has been the writer, director and producer of the Sundance Awards Show for the past 13 years. He oversaw Public Programming for all Institute programs since 2010. During his tenure at the Institute, David has represented Sundance internationally by serving on juries, speaking on panels, and working to cultivate relationships with film commissions, industry, and artists around the world. He was set to serve as a member of the L’Oeil d’or Documentary Jury at the 2020 Cannes Film Festival this May but looks forward to Cannes 2021.

David is the former Co-Director of Programming at Outfest, the Los Angeles LGBTQ Film Festival. A native of Buffalo, NY, David graduated from Columbia University with degrees in English and Theatre.

David’s incredible generosity and fierce support of artists will remain imprinted on our work at Sundance. As his colleagues, we will miss David’s warmth, sense of humor, and his knack for the pun. While it is devastating to lose such a beloved member of our programming team, we’re so proud to know that he will be engaging his own creative spirit and cultivating his personal goals.

David’s tireless passion will continue to inspire us – the gratitude we have for him is immeasurable, and his friendship is irreplaceable. His last day at the Institute will be June 30.