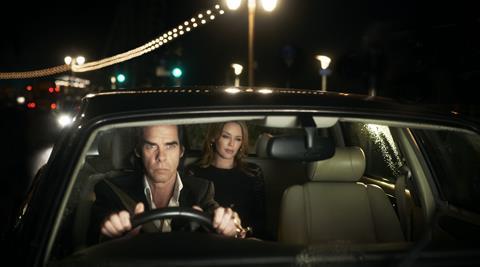 In an unusual move the Sydney Film Festival has included among its official competition contenders, the June 4 opening night film 20,000 Days on Earth, which digs deep into the life of Australian-born musician and artist Nick Cave and won the top prize for documentary at the Sundance Film Festival.

This year will also see the biggest number of Australian films in the competition. David Michôd’s The Rover will come fresh from Cannes and the other two are Ruin, which writer/directors Amiel Courtin-Wilson and Michael Cody filmed in Cambodia, and Fell, a debut film from Kasimir Burge that will have its world premiere at the annual event. Burge won a Crystal Bear at Berlin for his short Lily.

Finishing off the festival on the June 15 closing night is the vampire film What We Do In The Shadows, written and directed by the New Zealanders Jemaine Clement and Taika Waititi, who are also in the cast and are best known from their collaboration on HBO series Flight of the Conchords and feature Eagle vs Shark. It screened in Berlin.

Of the 183 features, documentaries and short films from 47 countries in the programme, 15 are world premieres. Besides Fell, the feature-length films are 35 Letters, Black Panther Woman, China’s 3 Dreams, The Gold Spinners, Love Marriage in Kabul, The Redfern Story, The Little Death and Touch.

The Documentary Australia Foundation has taken over as a partner in the SFF’s annual documentary prize. It is an Australian-only competition and the finalists are below.

For the 45th year, the SFF will also be presenting the Dendy Awards for Australian short films.

This year audiences are being offered retrospectives on the work of Robert Altman, James Benning and Studio Ghibli. There is also a focus on China.

All This Mayhem: dir Eddie Martin

Ukraine is Not a Brothel: dir Kitty Green