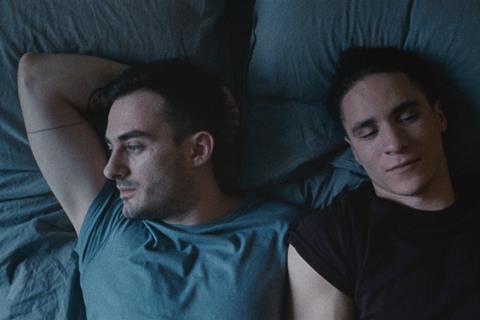 The film stars Conrad Mericoffer as a closeted Romanian policeman struggling with his role as a policeman in a macho environment.

Challenges ensue when his long-distance French boyfriend visits as the officer faces being outed when he intervenes at a cinema where a homophobic ultra-nationalist group has interrupted the screening of a queer film.

The film received support from Romanian Film Center, Publicis Groupe, Zenith Media, The Groupe and Cinema City, and was co-financed by the Creative Europe Program of the European Union and pitched in the Work in Progress section at Connecting Cottbus.

“Film Movement’s library is filled with some of the best of LGBTQ cinema over the past several years, including Jayro Bustamante’s Temblores, Wanuri Kahiu’s Rafiki and Emily Harris’ Carmilla, and Poppy Field absolutely has a place among them,” said Michael Rosenberg, Film Movement president