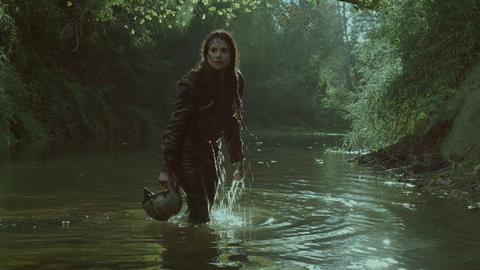 ‘The Cow Who Sang Into The Future’

EXCLUSIVE: Kino Lorber has acquired North American distribution rights to environmental fable The Cow Who Sang a Song Into the Future, which had its world premiere in the World Cinema Competition at this year’s Sundance festival.

Kino Lorber is planning a theatrical release later this year for the film, the feature debut of Chilean director Francisca Alegría, who won the Sundance Short Film Jury Award for international fiction in 2017 with And the Whole Sky Fit in the Dead Cow’s Eye.

Written by Alegría, Fernanda Urrejola and Manuela Infante, The Cow Who Sang a Song Into the Future is about a long-deceased woman (played by Mia Maestro) who returns to her family with her old wounds and a wave of family secrets. Tom Dercourt, Alejandra García, Shrihari Sathe, Michael Weber, Viola Fügen, Andrés Wood and Bruno Bettati are the producers. The Match Factory is handling sales.

Kino Lorber senior vice president Wendy Lidell commented: “We were immediately seduced by Francisca Alegría’s unique vision, and look forward to sharing this heady blend of ecological and familial themes reimagined through a magical realist lens to audiences across the US and Canada.”

Alegría added: “I feel very fortunate that Kino Lorber will distribute my first feature film in North America. The film came from a very personal place so it’s particularly special that Kino Lorber will bring it to audiences given their commitment to showcasing new voices and curating work that remains truthful to art house cinema.”