The Kate Winslet-starring film’s $2.8m opening dethroned The Martian, which had remained top of the pile for four weeks. 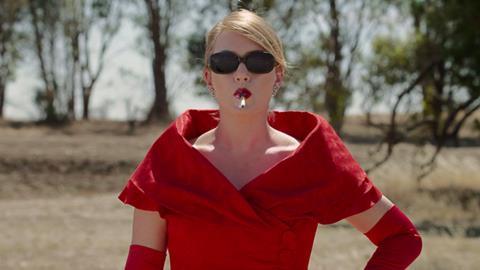 The Dressmaker has opened with an impressive $2.8m across Australia and New Zealand ($2.6m at the former, $0.2 at the latter), prompting the film’s team to call for more films to be made about women.

It toppled Ridley Scott’s The Martian, which had sat on top of the region’s box office for four straight weeks.

Quoted in the Sydney Morning Herald, The Dressmaker’s producer Sue Maslin said: “At the moment, less than 25 per cent of all Australian films are about women.”

“I think that should be doubled immediately. There’s an audience for it, there’s an appetite for it. We should be catering to that audience.”

The Dressmaker recently received 12 nominations at the Australian Academy of Cinema and Television Arts Awards, the most of any film.

The film premiered at this year’s Toronto International Film Festival and is set for a wide release in November, including in the UK on Nov 20.

Embankment’s Hugo Grumbar said: “Australian films sometimes get tough treatment in their home market. The Dressmaker is a home run, a number one, bonafide hit. It shows that original female driven story-telling that thoroughly entertains and still gives audiences something to discuss and debate is alive and kicking.”