The five commandments of VR

Speakers from this year’s VR Creative Summit reveal their tips for combining storytelling and technology to create high-quality VR content. 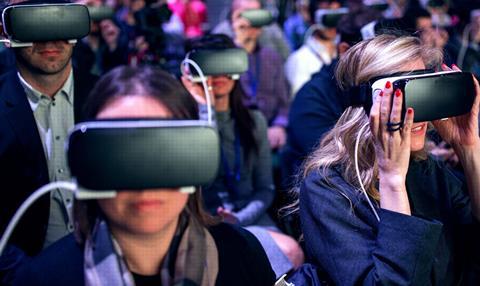 “Presence is VR’s differentiator. You can go to the Imax and be immersed in a film, but you still won’t get the sense of presence you would from a well-crafted VR experience.”

Sol Rogers, Founder, Rewind
“The ability to transport people is at the core of all VR – it’s where you take them that is important. You will bore the pants off people if you just transport someone to the back row of a stadium.”

“Headsets started off uncomfortable, hot and heavy. Now ergonomics is coming in with fresh air, good blackout, decent screens and nice balance so people don’t get tired after a few minutes’ use.”

Sol Rogers
“With TV, we are used to fast editing, cuts and lots of action, but all that is horrible on VR – the fact you can take people somewhere else is powerful enough.”

Richard Mills
“The technology is so flaky you invariably have to fix things – and we are talking about VR post budgets, which come as a shock to many producers.”

Karl Woolley
“Sound is arguably more important than what users are looking at. The most important thing for creating presence is to use sound in a clever way to make it feel like a 20-tonne truck is coming towards you, or you are being shot at by aliens.”

THE NEXT GENERATION OF HEADSETS

The £69.99 headset, which was launched in November, is a handsfree, fabric accessory that is compatible with Daydream-enabled phones, such as Google’s Pixel, and comes bundled with a small controller.

Daydream business and content development exec Greg Ivanov said: “Cardboard was constrained because to use it you needed to use your hands,” he said. “The Daydream controller can be used as a virtual cricket bat, magic wand or pointer.” He added that the Daydream app is focused on three areas: the exploration of new worlds, video-led entertainment and gaming.

The computer giant has begun shipping a £2,719 developer version of its ‘mixed reality’ head-mounted holographic computer.

With two environmental cameras, an inertial measurement unit and a depth sensor, the device is able to project real-time 3D graphics onto any environment, enabling a wearer to engage with digital content in the real world. HoloLens director of new device experiences Leila

Martine said: “Unlike virtual reality, which wants to transport you somewhere else, HoloLens wants to know about the room you are in.