‘The Power of the Dog’ leads London Critics’ Circle nominations 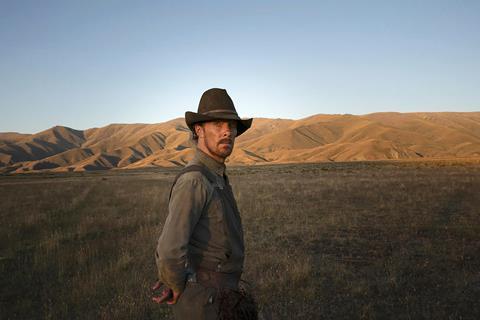 Jane Campion’s western The Power of the Dog heads the nominations at the 42nd London Critics’ Circle Film Awards, represented nine times including for best film, director and screenwriter of the year.

The film, which is backed by Netflix and developed with and backed by BBC Film, has also scored acting nominations for all its key cast: Benedict Cumberbatch for actor of the year, Kirsten Dunst for supporting actress, and both Jesse Plemons and Kodi Smit-McPhee for supporting actor.

Campion won the London Circle’s film of the year award in 1993 for The Piano, which also co-won the Palme d’Or in Cannes and was nominated for eight Oscars, winning three.

Female filmmakers lead the way in this year’s nominations, with Maggie Gyllenhaal’s The Lost Daughter and Joanna Hogg’s The Souvenir: Part II the second and third-most nominated titles with six and five respectively.

Two of the nine titles nominated for film of the year hail from the UK and Ireland: Hogg’s The Souvenir Part II, and Kenneth Branagh’s Belfast.

A further two film of the year nominees are also in the foreign language film of the year category, replicating similar successes elsewhere on the awards circuit: Ryusuke Hamaguchi’s Drive My Car, and Julia Ducournau’s 2021 Palme d’Or winner Titane.

David Lowery’s The Green Knight is one of five titles nominated for British/Irish film of the year, qualifying through its Irish production company Wild Atlantic Pictures. It faces stiff competition from The Souvenir: Part II and Belfast, plus Aleem Khan’s six-time Bifa winner After Love and Ben Sharrock’s Limbo, which has picked up prizes across both 2020 and 2021 awards seasons.

Among studio titles, there are four nominations for Disney’s The French Dispatch, released by Searchlight; and for the studio’s West Side Story.

Over 180 critics across print, online and broadcast media voted for this year’s nominations. The awards will take place at London’s May Fair Hotel on February 6.

“Even though cinemas were closed for half of this year, our members were always watching films,” says Rich Cline, chair of the Critics’ Circle Film Section. “On the nominations ballots, voters named 204 feature films, with 51 of them making it onto the shortlists. Because our members see so many movies, our nominations tend to look a bit different from other groups, finding a diverse selection of worthy talent in studio blockbusters as well as low-budget indies.”

Foreign Language Film Of The Year

British/Irish Film Of The Year

British/Irish Actress Of The Year (For Body Of Work)

British/Irish Actor Of The Year (For Body Of Work)