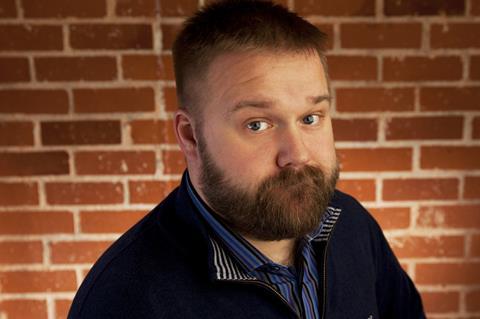 The Walking Dead comic book co-creator Robert Kirkman has been given the first series greenlight under his deal with streaming giant Amazon Studios.

Kirkman will work with co-creator Cory Walker and artist Ryan Ottley on an animated series version of their Invincible superhero comic books.

The eight-episode, one-hour series aimed at adults will premiere globally on Amazon Prime Video and revolves around the teenage son of the most powerful superhero in the world.

The Invincible comic book series ended its 15-year run earlier this year and is available in 23 countries and in eight languages. The material is also currently in development at Universal as a feature-length film, with Evan Goldberg and Seth Rogen set to write and direct.

The series will be produced by Kirkland’s company Skybound, which last August signed a two-year deal with Amazon. Kirkland (a writer on The Walking Dead series and co-creator of spin-off Fear The Walking Dead) will serve as executive producer along with Simon Racioppa (who will act as showrunner), David Alpert, Catherine Winder and supervising directors Justin and Chris Copeland.

Amazon Studios head of scripted genre programming Sharon Yguado said: “Robert has an uncanny talent to predict the zeitgeist, and we are incredibly excited to see him break boundaries in an animated one-hour format. In a world saturated with superhero fare, we trust Robert to subvert expectations while encapsulating a story filled with heart and adrenaline. We love his ambitious plan for the show and believe it will look like nothing else on television.”

Kirkman added: “I couldn’t be more proud of the series Cory Walker, Ryan Ottley and I did together for over 15 years. To know our characters will live on in multiple iterations in other media is almost too exciting to bear! What Amazon is allowing us to do in animated form is nothing short of ground-breaking, and I can’t wait for our rabid fan base to experience it!”