TIFF deals trickle in as ‘Two Of Us’, ‘Military Wives’ find US homes 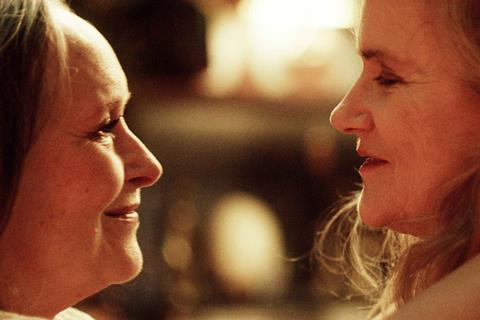 Two on-site deals have breathed life into a typically slow start on the acquisitions front at TIFF as Magnolia Pictures picked up North American rights to Discovery selection Two Of Us, while Bleecker Street acquired the US for Special Presentations entry Military Wives.

Two Of Us premiered on Saturday and Magnolia closed the deal on Monday (9). France-based Italian filmmaker Filippo Meneghetti’s feature directorial debut follows two older women played by Barbara Sukowa and Martine Chevallier who live across the hall from each other in the same apartment building but have kept their romance hidden for decades.

Meneghetti wrote the screenplay with Malysone Bovorasmy and Florence Vignon. Producers on the drama from Paprika Films, Tarantula Luxembourg and Artémis Production are Pierre-Emmanuel Fleurantin and Laurent Baujard.

Bleecker Street closed the deal for Military Wives on Sunday night. Peter Cattaneo (The Full Monty) directed Kristin Scott Thomas, Sharon Horgan and Jason Flemyng in the story about a group of women whose husbands are off fighting in Afghanistan and form a choir that becomes a media sensation.

At time of writing interest was coalescing around a cluster of films, among them Bad Education, The Platform, The Friend, Human Capital, and The Australian Dream.