Tim Pigott-Smith, star of 'The Jewel In The Crown', dies aged 70

British star of stage and screen died on Friday. 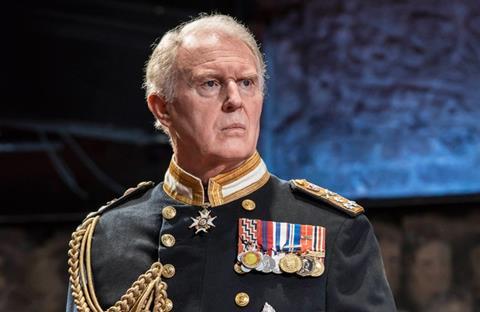 “Tim was one of the great actors of his generation,” Pigott-Smith’s agent John Grant said in a statement. “Much-loved and admired by his peers, he will be remembered by many as a gentleman and a true friend.”

Pigott-Smith, who had been due to begin a stage tour of Death Of A Salesman on Monday in Northampton, famously played police superintendent Ronald Merrick in Granada Television series The Jewel In The Crown, which earned him a best actor Bafta award in 1985.

It was one of a vast array of television performances that included Downton Abbey, Doctor Who, Holby Blue, Miranda, and Winston Churchill: The Wilderness Years.

Pigott-Smith was born in Warwickshire and trained at the Bristol Old Vic Theatre School. He performed on stage many times before landing his big break in The Jewel In The Crown.

Film credits included Bloody Sunday, The Remains Of The Day, Clash Of The Titans, Gangs Of New York, and Quantum Of Solace. Among his upcoming releases are 6 Days, Victoria And Abdul, a voice part in The Little Vampire 3D.

He earned Olivier and Tony Award nominations for his recent stage role in King Charles III and stars in the upcoming TV movie version.

Pigott-Smith received an OBE in the New Year’s Honours List for services to drama.

He is survived by his wife, the actress Pamela Miles, and their son, Tom.