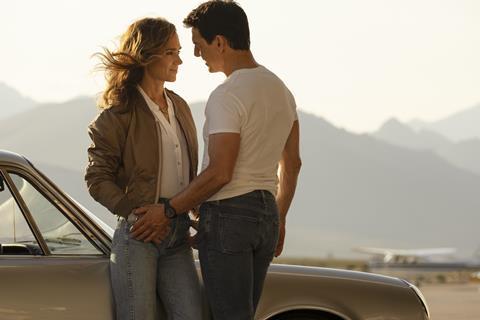 The action adventure was expected to cross $300m on Monday (June 6) and observers have speculated it could finish on more than $500m en route to a $1bn final worldwide tally. International and global as of Monday stood at $261.6m and $557.2m, respectively.

JUNE 5 REPORT: Top Gun: Maverick defied gravity to record an impressive 32% drop in the second weekend as an estimated $86m propelled the running total to $291.6m in North America.

That combined with $81.7m from international markets for a $167.7m weekend and $548.6m running total for Paramount and Skydance.

Paramount executives said the 32% decline was the lowest for any film that has opened at $100m or higher. The Tom Cruise tentpole also delivered the eighth highest second weekend and the ninth highest three-day weekend in Paramount’s history, placing it in the studio’s all-time top 10 pantheon.

The portion of the audience aged under 35 grew by 3% to 49%, which conforms with the notion of younger crowds driving late-pandemic cinema-going. At the same time the studio will be pleased that it is not only the older audience (which grew up on the 1986 original) which is buying tickets.