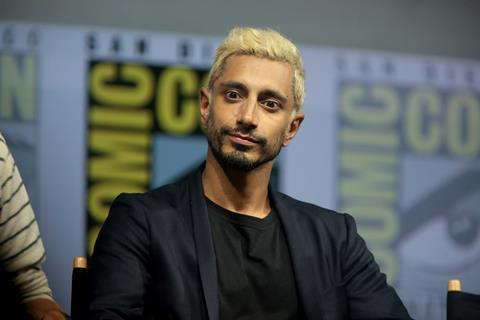 The Toronto International Film Festival (TIFF) has selected eight features for its Platform section, for which UK actor and filmmaker Riz Ahmed will head the jury.

The Platform selection includes Lucile Hadzihalilovic’s Earwig, produced by France’s Petit Film, Belgium’s Frakas Productions and the UK’s Anti-Worlds, with backing from Film4 and the BFI.

Set in Europe in the mid-20th century, the film is about a man who is hired to look after a reclusive girl whose teeth are made of ice.

Also in the Platform selection is Scott McGehee and David Siegel’s US title Montana Story, starring Haley Lu Richardson and Owen Teague in the story of two estranged siblings returning home to the ranch where they grew up.

All eight Platform titles will play as world premieres in Toronto.

Ahmed will head the Platform jury, with further jurors to be announced in due course. He is appearing at the festival with Special Presentation title Encounter, directed by Michael Pearce and produced by the UK’s Raw with Film4 backing.

He previously appeared in 2019 TIFF Platform title Sound Of Metal, which went on to achieve six Oscar nominations - including best actor for Ahmed – and two wins, in best sound and best film editing.

The festival has also confirmed Part One of its special events programme, including Imax screenings of Denis Villeneuve’s Dune, which will play in Toronto after its Venice world premiere. Asghar Farhadi’s A Hero, Pablo Larrain’s Spencer and Apichatpong Weerasethakul’s Memoria will also play in the special event programme.

The Cinematheque programme will consist of ‘Celebrating Alanis’, a retrospective on the work of filmmaker Alanis Obomsawin; and ‘Atanarjuat: The Fast Runner: 20th Anniversary’, a screening of the 2001 feature from Inuk filmmaker Zacharias Kunuk.

Non-essential travel to Canada is permitted for fully vaccinated US citizens as of August 9 and will be allowed for citizens of any country from September 7. The festival stipulated the conditions remain ”provided that the domestic epidemiologic situation remains favourable”.

The festival runs from September 9-18.