True Colours boards ‘Land Of Sons’, ‘With Or Without You’ for Cannes (exclusive) 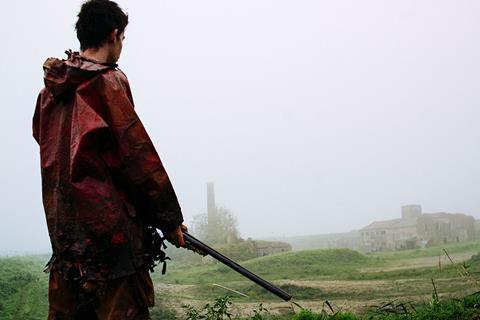 ‘The Land of Sons’

Rome-based sales company True Colours has boarded a brace of Italian titles ahead of the Pre-Cannes Screenings next week.

The first is post-apocalyptic drama The Land Of Sons by Claudio Cupellini, a director on acclaimed TV drama series Gomorrah and crime feature A Quiet Life, which picked up two awards at Rome Film Fest in 2010.

Cupellini’s latest is based on a 2016 graphic novel of the same name by Gipi and centres on a boy who travels through a hostile world, looking for someone to read him the words in his late father’s journal. Newcomer Leon de Vallée takes the central role supported by Portrait Of A Lady On Fire star Valeria Golino and Perfect Strangers actor Valerio Mastandrea.

Co-produced by Italy’s Indigo Film and France’s WY Production with Rai Cinema, the film will be released in Italy by 01 Distribution on July 1.

True Colours has also taken sales rights to romantic comedy With Or Without You, which marks the feature directorial debut of Italian screenwriter Stefano Sardo. It centres on a couple who invite their friends to dinner to announce their break-up. But their intentions to end the relationship without drama do not quite go to plan.

Sardo is known as the co-creator and writer of hit Italian drama series 1992. With Or Without You will receive an autumn release in Italy through distributor I Wonder.