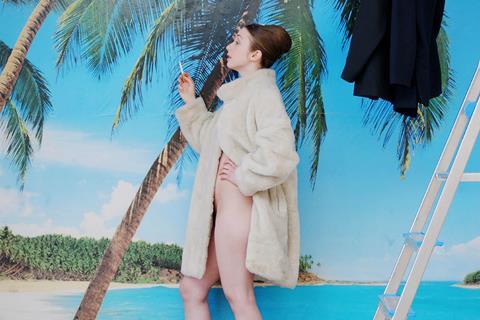 Krow’s Transformation, a documentary by Canadian director Gina Hole Lazarowich, will open the UK’s Raindaince Film Festival next month (September18-29). It is one of 13 world premieres screening at the festival.

The documentary tells the story of transgender model Krow Klan, a prominent former female model who begins a three-year transition to the male gender. It chronicles major cornerstones in their life such as walking the Louis Vuitton SS19 Paris show.

The festival will close with the UK premiere of German filmmaker Susanne Heinrich’s Aren’t You Happy? starring Marie Rathscheck, a post-modern comedy about a young woman roaming the streets of Berlin. It premiered at Germany’s presitigious Max Ophuels Film Festival in January and has since gone on to play varoius key festivals including Rotterdam, Gothenburg and New Horizons.

Raindance, which is screening some 90 features, is focusing on the continent of Europe for this edition.  ”Despite Brexit uncertainty, we’re bringing the boldest and freshest talent from the world of indie filmmaking to the heart of London,” said Raindance founder Eliot Grove. ”Raindance is proud to have a global vision, not a narrow one, and this year’s festival has an incredible range of stories from Britain and across the world.”

Driven To Abstraction (US)
Dir: Daria Price (US)