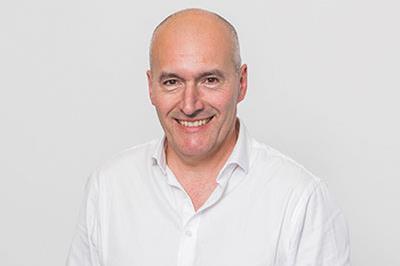 The rapid changes in the European VoD sector and beyond during the lockdown were highlighted at the EuroVoD conference which took place today in Venice’s Hotel Excelsior as part of the Venice Production Bridge industry programme.

The ’Diverse, Independent and Sustainable: Building European VoD’ conference featured Guy Bisson of data and analytics firm Ampere Analysis. He provided detailed analysis and number crunching that showed while Covid-19 may have meant lost growth for the industry in general, VoD has benefitted massively from the crisis.

Bisson’s forecasts suggest the next five years will see a €50bn increase in global revenues through streaming while theatrical revenues will dip by €25bn in the same period.

“The slight downside is that consumers believe that after we’re through this, after we’re all out of lockdown and able to behave completely normally, there will be a bit of a backlash and they won’t watch as much or might ditch some of their subscriptions,” Bisson said.

The streaming market is also becoming increasingly crowded. “It’s not all about Netflix anymore,” Bisson said, using a graph to compare Netflix’s global market share in Q4 2015 – when it stood at 43% – to where it stands today, which is 19%.

“We talk about SVoD a lot…everybody is obsessed with SVoD. You probably think it is the dominant platform in most markets,” Bisson observed of research that showed the continuing strength of traditional pay-TV.

“That is why ’onboarding’ is still important – doing deals with traditional pay-TV platforms. Netflix very quietly has gone out and done over 100 of these deals and, as a result, is now available on a traditional platform to half of the pay-TV homes in the entire world.”

Bisson predicted 2024 would be the year of “inflection” in western Europe, when the number of homes with SVoD services would equal those with pay-TV, and shared some key insights into audience demographics.

“People who say they watch a lot of European movies and TV series are skewing very young. In a way, it is like the Netflix audience of five or 10 years ago. They’re skewing very young and they skew to a household situation where they live with other young adults or perhaps they are young couples with kids. That is the dynamics at the moment of the audience that really loves European film content and European TV series.”

“78% of the services that were interviewed saw an increase in traffic,” he said. “That’s not a small thing. The biggest difficulty for European platforms is to get the attention [in a saturated market].”

The average rise in traffic among these companies, many of them new or niche platforms, was 278%, while established platforms also saw double-digit rises in their traffic. The surge in traffic was complemented by a significant 60% increase in transactions.

“You begin to see these are new audiences that established platforms possibly did not even realise were there.”

With audiences having more time to explore and seek out discoveries, there was a surge, for instance, in the number of creative documentaries watched on VoD platforms.

In what he labelled “subscription stacking”, audiences are now prepared to watch content on multiple platforms, and older, festival-going audiences have been looking at VoD differently during the pandemic.

“Those clichés about what people will and won’t watch are being thoroughly challenged,” said Gubbins.