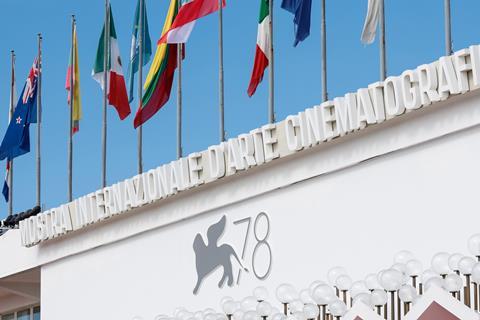 Venice Film Festival will welcome Russian filmmakers “who oppose the current regime in Russia”, according to a statement issued by La Biennale di Venezia, which runs the event.

“La Biennale di Venezia intends to manifest its full support to the Ukrainian people and to its artists, and express its firm condemnation of the unacceptable military aggression by Russia,” read the statement, issued this afternoon (Wednesday March 2).

“La Biennale is also close to all those in Russia who are courageously protesting against the war. Among them, artists and authors in every discipline, many of whom have been guests of La Biennale in the past. La Biennale di Venezia will not shut its doors to those who defend freedom of expression and demonstrate against the despicable and unacceptable decision to attack a sovereign state and its defenceless people.”

The festival and wider Biennale will not work with any artists or professionals who have “carried out or supported” the Russian invasion; and “will not accept the presence of official delegations, institutions or persons tied in any capacity to the Russian government.”

The festival becomes the latest major film event to set out its position on Russian involvement, a ban on Russian delegations by Cannes and statements from festivals including Berlin.

Russian titles to have played in Competition at Venice in recent years include Aleksey Chupov and Natalya Merkulova’s Captain Volkonogov Escaped last year; Andrei Konchalovsky’s Dear Comrades! in 2020; and Konchalovsky’s Paradise in 2016.