Generation C, the group of youngsters who love to create, curate and comment online, are the next demographic in the sights of Viacom International Media Networks. 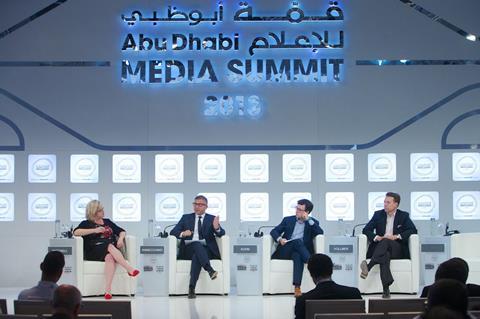 “We need to engage consumers by creating content that considers social media and allows people to connect with each other,” he said. “We have never had such a strong technical platform that enables us to distribute content.”

Annecchino added that Viacom now developed TV content with a digital strategy in place from the outset.

He pointed to the launch of Mon Nickelodeon Junior, a French VoD service which allows users to create a profile before being served a stream of relevant shows based on their interests across multiple platforms.

“Kids today are completely connected, consume content on any device and are addicted to social media,” he said.

United Talent Agency’s head of digital Eric Kuhn said Generation C had ‘crossed the Rubicon’ in terms of shifting to their consumption of content cross-platform.

“Growing up today, kids ask their parents if they can watch YouTube rather than television,” he said. “And the content is stronger for it.”

“It’s all up for grabs – devices, distribution, advertising, social and content. It’s no longer just about 30 or 60 minute shows or two hour films. A piece of content can be six seconds long.”

He added that he expects there to be a renewed push from broadcasters to support TV shows on Facebook, following Twitter’s dominance, after the social network opened up its platform to third parties.

But Chris Vollmer, a partner for media consultancy Booz & Company, warned that Facebook may not have the same draw as it did several years ago.

“Teens are starting to realise that Facebook looks a lot like the family picnic. What they want is a private party,” he said. “So if they want to express themselves they may go to Tumblr or to Instagram to post photos. They are figuring out where to go to be more specific.”

Kuhn added that it was vital to tailor the message to the platform.

“You can’t use technology for technology’s sake. You need a specific strategy for each service to cut through the clutter and reach your audience.”