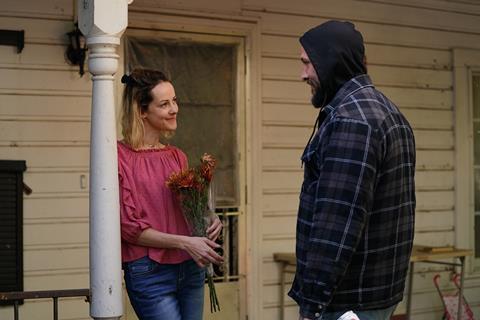 Tribeca selection Lorelei (pictured) starring Pablo Schreiber and Jena Malone, has been sold to HBO Europe for Eastern Europe. A US announcement is imminent on the film.

SXSW drama The Surrogate has gone to Studio Soho Distribution for UK and Ireland and HBO Europe for Eastern Europe, with Starz picking up US cable rights.

The film opened in the US through a virtual theatrical release orchestrated by Visit’s sister company Monument Releasing, and recently garnered a Gotham nomination for Jasmine Batchelor in the breakthrough actor category.

Sundance selection Dinner In America starring Emily Skeggs and Kyle Gallner has been sold to Arrow Films in the UK, Europafilm in Norway, and Hark & Company in Japan.

In other deals, Destiny Films has acquired Sundance drama Summer White for France, TOOFOO has picked up Sundance award-winning documentary Pepe The Frog for Japan, and Mars Production has picked up drama Black In Minneapolis (released by Monument Releasing in the US) for Turkey.

Kampe and director of sales Lydia Rodman negotiated the deals on behalf of Visit Films.