'Warcraft: The Beginning' debuts top of UK box office but 'Me Before You' leads Fri-Sun weekend 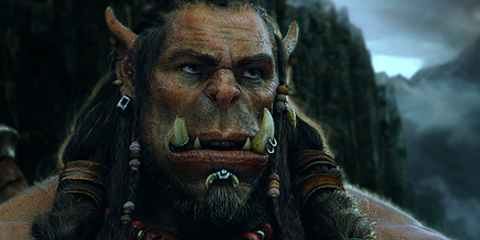 Warcraft: The Beginning marched into top spot at the UK box office with its seven-day opening.

Warcraft’s debut was front-loaded with almost 30% coming from its first day haul of $1.47m (£1.02m), which suggests it could be a fast burner at the UK box office.

Teenage Mutant Ninja Turtles: Out Of The Shadows had to settle for second place on its UK debut.

Me Before You is off to an excellent start in the UK, topping the market over the Fri-Sun weekend.

It’s the first Jojo Moyes book to be adapted for the big screen, but Me Before You outpaced the debuts of the majority of Nicholas Sparks film adaptations, behind only Dear John’s $2.9m (£2m) from 402 sites.

Alice Through The Looking Glass fell 41% with a $2m (£1.35m) second weekend as it dropped to fourth.

Disney’s fantasy sequel enjoyed a strong school holidays as it led the market from Tue-Thur with $3.8m (£2.6m). It is now up to $10.1m (£7m), still more than £3m away from Alice In Wonderland’s opening weekend.

In a busy week for new releases, Icon Film Distribution’s The Nice Guys acquitted itself well to chart sixth.

The Nice Guys will shortly overtake Kiss Kiss Bang Bang’s $2.3m (£1.6m) UK result, although it’s worth noting that it received a smaller release at 157 sites.

The film is now director Whit Stillman’s best-ever UK performer with a terrific $1.2m (£843,572) to date and, given its likely healthy midweek numbers, should pass the £1m mark by the end of this week.

This week sees saturation releases for Universal’s The Boss and Lionsgate’s Mother’s Day, while Vertigo Releasing’s Learning To Drive receives a wide release.

Dogwoof’s Where To Invade Next, Studiocanal’s When Marnie Was There and Sony’s Miracles From Heaven are among the films receiving a limited release.