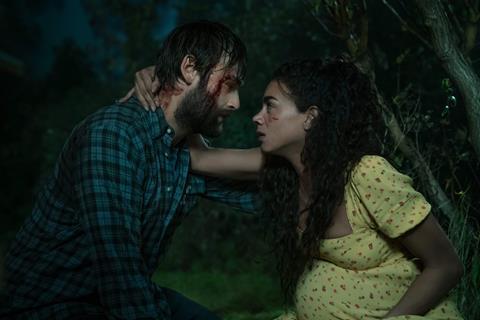 Production has wrapped in London on the film, with John-Kamen (Ant-Man And The Wasp) and Booth (The Dirt) newly announced as the two leads. They play two Londoners who escape city life for rural Ireland, only to discover murderous goblins living at the foot of their new garden.

The screenplay was written by Mark Stay (Robert Overlords) and Wright.

The Little People is funded by Ingenious Media and produced by Piers Tempest (Military Wives) and Peter Touche (Unhinged, Military Wives) as a Tempo Production in association with Automatik VFX.

John-Kamen most recently starred in The Stranger on Netflix and Brave New World on Peacock/Sky One. It was recently revealed she will take a leading role in Constantin Film’s reboot of horror franchise Resident Evil.

Booth most recently starred in Mötley Crüe biopic The Dirt and will next be seen in Philippe Falardeau’s My Salinger Year and in a supporting role in Terrence Malick’s upcoming The Last Planet. Both are Screen Stars of Tomorrow.