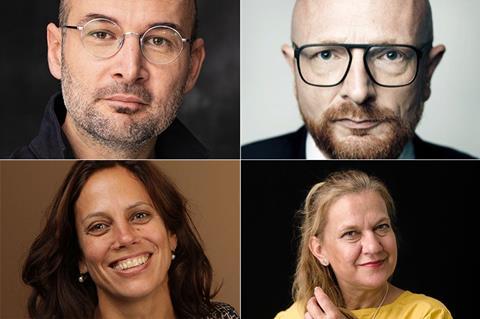 Screen International and Documentary Campus once again teamed up with the Sarajevo Film Festival (September 13-20) to host CineLink Talks, an online programme of panels for the festival’s 2021 industry strand.

The series of 60-minute CineLink Talks ran from August 15-19. Topics included filmmaking during the pandemic, working with streamers, female filmmaker quotas, mental health in the film industry and new models for distribution; and masterclasses with filmmakers Mads Brugger and Alexander Nanau.

The talks are available to watch in full below.

In conversation with filmmaker Mads Brugger

What have producers learned from filmmaking during the pandemic? (presented by Documentary Campus)

What women want: quotas and reality

A new take: new models and possibilities for distribution (presented by Documentary Campus)

Can co-productions be green? Strategy and challenges (presented by MEDICI - The Film Funding Journey and FOCAL)

In conversation with Alexander Nanau (presented by Balkan Documentary Center)