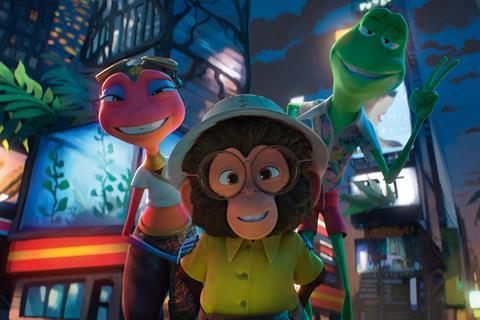 French cinema experienced mixed fortunes at the international box office in 2021 as the film industry worldwide contended with the second year of the Covid-19 pandemic, according to preliminary figures released by Unifrance on Tuesday (January 11).

“Box-office receipts and the number of films on release were broadly in line with the previous year. And yet, if one analyses the results closely, 2021 is very different to 2020,” said the report.

For only the third time since 2000, after 2006 and 2011, minority-French productions drove overseas admissions for French cinema, especially in the early part of the year when cinemas were subject to Covid-19 related closures and restrictions in many traditionally key territories.

“During the first six months of the year, four films were largely responsible for maintaining a French presence on foreign screens, including The Father and Pinocchio, the only two which crossed the symbolic milestone of one million ticket sales in 2021,” said Unifrance.

The other two titles were family animation and Belgian-majority production Bigfoot Family and Giuseppe Tornatore’s TF1-backed 1990 Italian-language Oscar winner Cinema Paradiso, which was given a theatrical release in China some 30 years after its initial release.

In a trend last seen when big-budget English-language productions from Luc Besson’s EuropaCorp such as Lucy dominated the international box office for French cinema, two non-French-language films were the top performers for majority French productions: Around The World In 80 Days and The Wolf And The Lion. Both were family films were backed by Studiocanal.

A joint production between Studiocanal and Cottonwood, children’s animation Around The World In 80 Days took the number one slot in the top 10 for French majority productions with 630,000 admissions for a gross of €3.0m. 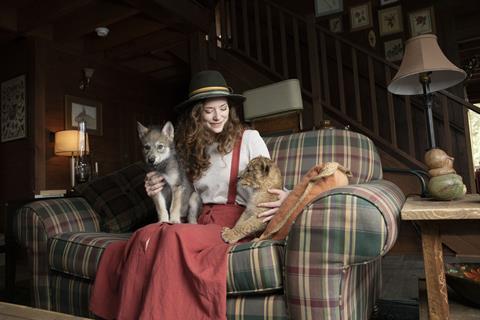 ‘THE WOLF AND THE LION’

Gilles de Maistre’s Canadian wilderness-set adventure The Wolf And The Lion drew roughly 500,000 spectators in 2021, for an international gross of €2.5m, according to preliminary figures for that film. It was co-produced by Studiocanal with Galatée Films and Mai-Juin Productions.

Julia Ducournau’s Cannes Palme d’Or winner Titane came in third with 380,000 admissions worldwide for a box office of €2.7m, after a particularly successful run in the US.

It was followed by Leos Carax’s musical romantic drama Annette, for which he won best director in Cannes, and period romance Eiffel which generated around  300,000 admissions  each worldwide for reported grosses of €1.9m and €2.2m respectively.

Titane and Annette were among three Cannes Film Festival competition titles making it into the top 10 for majority productions alongside Paul Verhoeven’s Benedetta, which came in seventh in the chart with 190,000 admissions worldwide for a gross of €1.5m.

Kaamelott: First Instalment, a feature spin-off of the Arthurian legend spoof series which has big fan base in a number of French-speaking territories, came in sixth with 280,000 admissions for a gross €2.7m. A trio of mainstream live-action comedy-dramas took the last three slots: Family Swap, The Rose Maker and Delicious.

The top export market for French majority and minority productions was Western Europe for the sixth consecutive year despite Covid-19 related cinema closures and restrictions across the region in the first half of the year with five million admissions.

This was 17.3% lower than 2020, when it accounted for more than half of the international box office.

The second biggest regional export market was Asia with three million admissions. This trend was driven by China, where admissions increased ten-fold to 2.22 million, thanks to minority French productions. This made it the most important individual export territory in 2021 for French cinema, followed by Russia (1.29 million admissions), Spain (1.09 million), Mexico (88,000) and Belgium and Luxembourg (82,000).

Beyond the box office, it was an extremely high-profile year for French cinema on the international festival circuit and not only in terms of its prize-winning run which saw Titane win the Cannes Palme d’Or and Happening clinch Venice’s Golden Lion.

A study of 10 top film festivals – spanning Bafici, the Berlinale, Busan, Cannes, Locarno, Rotterdam, San Sebastian, Sundance, Toronto and Venice – showed that 202 French films, 112 in the French language, were showcased at these festivals, accounting for 21.7% of the total number of films in their combined official selections.

France was the most prominent territory by number of films at Cannes, Locarno and Rotterdam and the second most prominent at the Berlinale, Busan, San Sebastian, Sundance (with the UK), Toronto and Venice.

According to its findings, based on the offering of 81 platforms in 48 territories excluding France in July 2021, there were almost 2,900 French films available on international platforms that month.

The three French films available on the widest range of platforms were Roschdy Zem’s Belle Epoque-set drama Chocolat, starring Omar Sy as a pioneering black circus performer, on 22 platforms; Jacques Audiard’s 2009 thriller and Cannes grand jury prize winner A Prophet on 21 platforms; and Luc Besson’s sci-fantasy Valerian And The City Of A Thousand Planets on 20 platforms.

Looking forward to 2022, Unifrance said the situation remained unpredictable as the Covid-19 pandemic entered its third year but that it remained confident of French cinema’s ability to make its mark internationally thanks to the country’s “rich and diversified” offering of films.

Films continuing their international release as 2022 gets underway include Aline – The Voice Of Love, Around The World In 80 Days, Delicious, Happening, Lost Illusions, Pil’s Adventures and The Wolf And The Lion.

Upcoming films gearing up to hit international cinemas in the coming weeks and months include Full Time, Notre-Dame On Fire, Paris, 13th District, Serial (Bad) Weddings 3, Superwho?, The Velvet Queen, Vicky And Her Mystery, Vortex and Waiting For Bojangles.