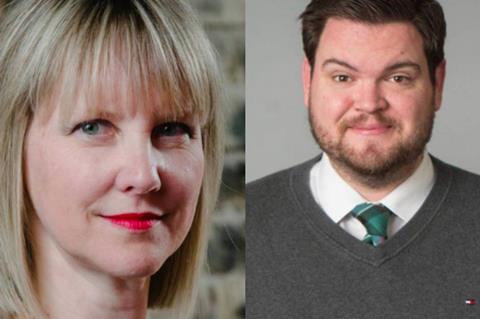 Heck will oversee the industry and talent programmes associated with the annual Whistler Film Festival including the four-day industry Content Summit and WFF’s slate of 11 talent programmes, as well as WFF’s Signature Series honouring contemporary artists.

Rodman will oversee and manage all fundraising, corporate giving, and funding activities associated with the organisation’s annual initiatives, and will open WFF’s new Vancouver office. Both roles will support the Whistler Film Festival as it returns for its 19th edition from December 4-8.

“We’re excited to have Angela Heck return to our team as Director of Industry Programming, and are confident that her experience, passion for storytelling, and creative and market instincts will elevate our industry and talent programs,” said WFF executive director Shauna Hardy Mishaw. “We welcome Garrett Rodman as our Development Manager and look forward to harnessing the experience and steadfast dedication to enhancing organizational philanthropy and performance that he brings to the role.”

Heck has more than 20 years of experience in content production and communications to the role, and has been involved with WFF since its inception, previously serving as the industry programme manager from 2008-2010. She most recently worked with the National Screen Institute as director of digital and strategic initiatives.

Rodman has more than a decade of experience as an arts executive with a focus on fundraising and building community partnerships and creative capacity inside organisations. He has has held management roles with the Toronto International Film Festival (government relations manager and membership manager), The Banff Centre (development officer), and most recently as interim executive director for the London Heritage Council.