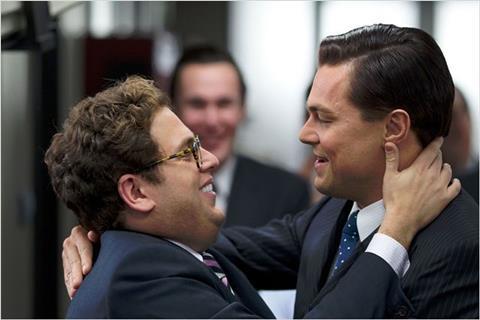 As predicted by Way To Blue’s buzz chart, The Wolf of Wall Street continued to charm UK audiences to retain the top spot for a second consecutive week.

The Wolf of Wall Street is also in a fantastic position to become the UK’s strongest ever 18-rated performer, currently Hannibal’s $35.5m (£21.6m) result, if it manages a similar hold this coming weekend.

eOne’s critically acclaimed awards contender now stands at a strong $18.3m (£11.04m) and is set to cross the £15m mark in the coming weeks with £20m a likely target.

The week’s highest new entry came in the form of Jack Ryan: Shadow Recruit, which charted third. Paramount’s spy reboot posted a $2.1m (£1.3m) UK bow from its 443 sites, with 10.1% of the gross coming from 23 IMAX screens.

Frozen is effectively doing all its business on Saturday and Sunday but is doing so in style.

It has every chance of hitting £40m, especially as Disney announced today that a sing-along version of the film will be released in UK cinemas from Feb 7, in time for the school half term holidays.

American Hustle enjoyed another slim drop in its sixth weekend to gross a non-final $1.6m (£994,762) to round off this week’s top five. Entertainment’s awards contender stands at an excellent $18.6m (£11.2m) having crossed the £10m mark last week.

Posting the third highest site average of the weekend (behind The Wolf of Wall Street and 12 Years a Slave), StudioCanal’s Inside Llewyn Davis got off to a solid start in the UK.

That marks one of director Peter Segal’s lowest-ever UK bows and is also down on Sylvester Stallone’s last notable re-team, Escape Plan, which broke out with $1.6m (£958,092) from 362 sites.

Sony’s The Armstrong Lie receives a wide release, while Soda Pictures’ Journal de France is among the films receiving a limited release.