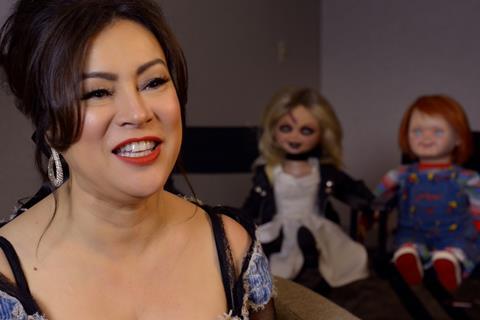 Jennifer Tilly, who starred in ‘Chucky’ horror films inspired by ‘Child’s Play’, in ‘Living With Chucky’

Yellow Veil Pictures has acquired world sales rights to Kyra Elise Gardner’s debut documentary feature Living With Chucky, which will screen at Frightfest in the UK later this month.

The film explores the iconic Child’s Play franchise through a personal and social perspective. Gardner is the daughter of Tony Gardner, who was the chief puppeteer for the majority of the horror franchise inspired by Child’s Play in 1988.

“Living With Chucky is an essential look at the impact and longevity of the Child’s Play series, imbued with so much heart and soul,” said Yanick. ”It’s a family effort that will appeal to a diverse and sprawling fan base around the world.”